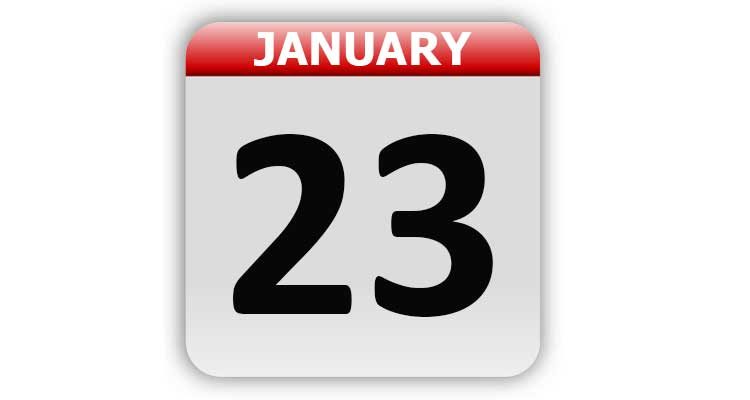 1845 – The U.S. Congress decided all national elections would be held on the first Tuesday after the first Monday in November.

1849 – English-born Elizabeth Blackwell became the first woman in America to receive medical degree. It was from the Medical Institution of Geneva, NY.

1855 – The first bridge over the Mississippi River opened in what is now Minneapolis, MN. The crossing was the Hennipin Avenue Bridge.

1860 – Fire destroyed the Porter & Sligh store on the southwest corner of Lyon and Monroe in Grand Rapids, MI, and the wooded post office building across the arcade from it. The Porter & Sligh building housed most of the county offices, and the loss included public records.

1907 – Charles Curtis, of Kansas, began serving in the United States Senate. He was the first American Indian to become a U.S. Senator. He resigned in March of 1929 to become President Herbert Hoover’s Vice President.

1933 – The Shrine Circus made its first appearance in Grand Rapids the week of January 23, 1933. It was also three weeks to the day after the new Civic Auditorium first opened its doors to the public. The turnout was amazing, with all 4500 seats filled nearly every day throughout the week.

1957 – Inventor Walter Frederick Morrison sold the rights to his flying disc to the Wham-O toy company, which later renamed it the “Frisbee”.

1964 – The 24th Amendment to the Constitution was ratified, eliminating the poll tax in federal elections.

1971 – In Prospect Creek Camp, AK, the lowest temperature ever recorded in the U.S. was reported as -80 degrees.

1973 – President Richard Nixon announced that a peace accord had been reached to end the Vietnam War.

1975 – The police station television sitcom “Barney Miller” made its debut on ABC.

1977 – ABC began televising the mini-series “Roots”, based on Alex Haley’s book. It was the most watched mini-series in history.

1978 – Sweden banned aerosol sprays because of damage to environment. They were the first country to do so.

2002 – Reporter Daniel Pearl was kidnapped in Karachi, Pakistan, and murdered.

2003 – A very weak signal from Pioneer 10 was detected for the final time, but no usable data could be extracted.

2004 – The final episode of the television show “Friends” was taped.

2018 – A 7.9 magnitude earthquake occurred in the Gulf of Alaska. It was tied as the sixth-largest earthquake ever recorded in the United States. There were no reports of significant damage or fatalities.

2020 – The World Health Organization declared the COVID-19 pandemic to be a Public Health Emergency of International Concern.

Chita Rivera – 90 years old (1933) – Actress, dancer (“Chicago”, “Sweet Charity”) Was the first Latina to receive a Kennedy Center Honors award. She was awarded the Presidential Medal of Freedom in 2009.

Tags: A Look Back, Celebrity Birthdays, Days of the Year, January 23, Today in History