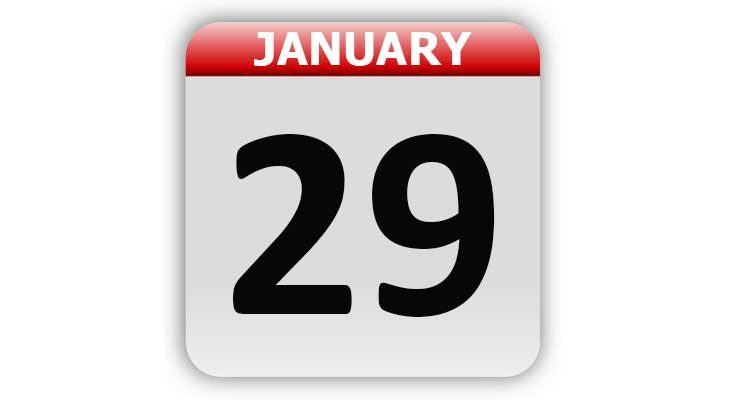 1845 – Edgar Allan Poe’s poem, “The Raven”, was published for the first time. It appeared in the “New York Evening Mirror”.

1900 – The American Baseball League was organized in Philadelphia. PA. It consisted of eight teams.

1936 – The first members of Major League Baseball’s Hall of Fame, including Ty Cobb and Babe Ruth, were named in Cooperstown, NY.

1990 – Joseph Hazelwood, the former skipper of the Exxon Valdez, went on trial in Anchorage, AK, on charges that stemmed from America’s worst oil spill. He was later acquitted of all the major charges and was convicted of a misdemeanor.

1997 – America Online agreed to give refunds to frustrated customers under threat of lawsuits across the country. Customers were unable to log on after AOL offered a flat $19.95 a month rate.

1999 – Paris prosecutors announce the end of the investigation into the accident that killed Britain’s Princess Diana.

2001 – At a ceremony at the British Embassy in Washington, DC, Steven Spielberg was named an honorary knight of the United Kingdom for his contribution to film in the UK.

2009 – Illinois Governor Rod Blagojevich was removed from office following his conviction of several corruption charges, including the alleged solicitation of personal benefit in exchange for an appointment to the U.S. Senate as a replacement for then President-elect Barak Obama.

Tags: A Look Back, Celebrity Birthdays, Days of the Year, January 29, Today in History