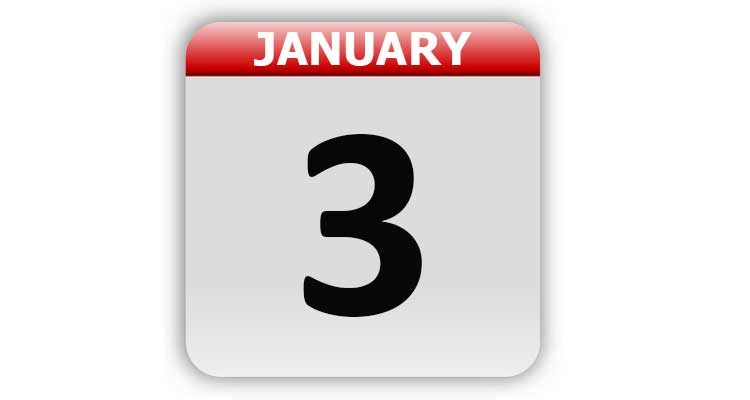 1888 – The drinking straw was patented by Marvin C. Stone.

1924 – English explorer Howard Carter discovered the sarcophagus of Tutankhamen in the Valley of the Kings, near Luxor, Egypt.

1938 – The March of Dimes was established by President Franklin D. Roosevelt. The organization fights poliomyelitis. The original name of the organization was the National Foundation for Infantile Paralysis.

1947 – Congressional proceedings were televised for the first time. Viewers in Washington, Philadelphia and New York City saw some of the opening ceremonies of the 80th Congress.

1955 – Roger Bannister (who ran the first under four minute mile) was named the first Sportsman of the Year by “Sports Illustrated” magazine.

1967 – Carl Wilson (Beach Boys) refused to be sworn in after receiving a U.S. Army draft notice. He said he was a conscientious objector.

1973 – The Columbia Broadcasting System (CBS) sold the New York Yankees to a 12-man syndicate headed by George Steinbrenner for $10 million.

1983 – The game “Plinko” was played for the first time onthe TV game show “The Price Is Right”.

1987 – Aretha Franklin was the first woman to be inducted into the Rock and Roll Hall of Fame.

1996 – The first flip phone, the Motorola StarTAC, went on sale.

1997 – Bryant Gumbel signed off for the last time as host of NBC’s “Today” show.

2004 – NASA’s Spirit rover landed on Mars. The craft was able to send back black and white images three hours after landing. The images showed a flat, but rocky surface.

2004 – Casey Kasem retired from hosting the radio program “American Top 40”. He had hosted the show since it was created in 1970. Ryan Seacrest became the new host.

Tags: A Look Back, Celebrity Birthdays, Days of the Year, January 3, Today in History