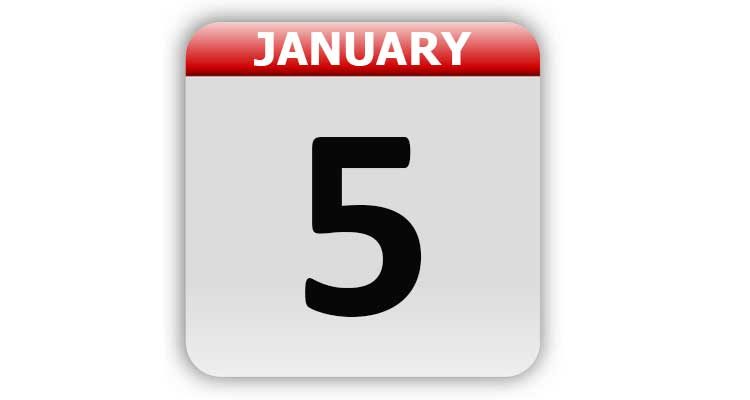 1914 – Ford Motor Company announced that there would be a new daily minimum wage of $5 and an eight-hour workday. Average American workers elsewhere were making only pennies a day.

1925 – Mrs. Nellie Taylor Ross was sworn in as the governor of Wyoming. She was the first female governor in the U.S.

1933 – In California, construction of the Golden Gate Bridge began.

1934 – Both the National and American baseball leagues decided to use a uniform-size baseball. It was the first time in 33 years that both leagues used the same size ball.

1940 – The Federal Communications Commission got its very first demonstration of FM radio.

1948 – Warner Brothers-Pathe showed the very first color newsreel. The footage was of the Tournament of Roses Parade and the Rose Bowl football classic.

1956 – In the “Peanuts” comic strip, Snoopy walked on two legs for the first time.

1970 – The television soap opera “All My Children” premiered on ABC. The show was cancelled due to low ratings on September 23rd, 2011. It then moved to The Online Network as a web series from April 29th to September 2th, 2013, via Hulu, Hulu Plus, and iTunes.

1980 – Comedian George Burns makes his country chart debut with “I Wish I Was Eighteen Again”. He was just 15 days shy of his 84th birthday. The song went on to become a Top 15 hit.

2002 – Charles Bishop, a 15 year-old student pilot, crashed a small plane into a building in Tampa, FL. Bishop was about to begin a flying lesson when he took off without permission and without an instructor.

Tags: A Look Back, Celebrity Birthdays, Days of the Year, January 5, Today in History