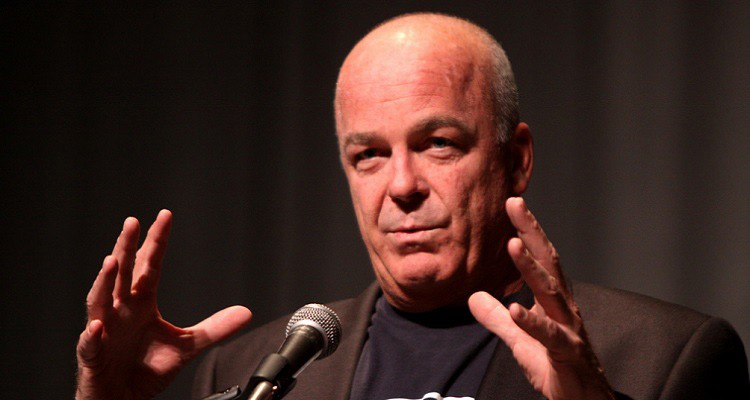 If you were a fan of “Babylon 5” you will remember Security Chief Michael Garibaldi played by actor Jerry Doyle. Doyle died on Wednesday, July 27, 2016 at the age of 60.

Doyle was a corporate jet pilot, then a stockbroker on Wall Street…. eventually an actor, and finally a radio talk show host on “The Jerry Doyle Show.”

Doyle starred in the 1993 TV movie “Babylon 5: The Gathering” as security officer Michael Garibaldi. He then went on to star in the spin-off TV series, “Babylon 5” that kicked off in 1994 and wrapped up in 1998.

Doyle scored his first role on the TV series “Moonlighting”, playing the brother Bruce Willis’ character. He also could be found on “The Bold and the Beautiful”, “NYPD Blue”, “JAG”, “Sliders”, “Martial Law” and “Beverly Hills, 90210”.

Doyle was a onetime Republican candidate for California’s 24th congressional district in 2000.

He eventually turned his talent towards radio broadcasting, hosting his own syndicated talk show, “The Jerry Doyle Show”, on the Talk Radio Network. He also published a book called “Have You Seen My Country Lately? America’s Wake Up Call” in 2009.

He was found unresponsive at his home in Las Vegas on Wednesday. No cause of death has been given. An autopsy is pending.