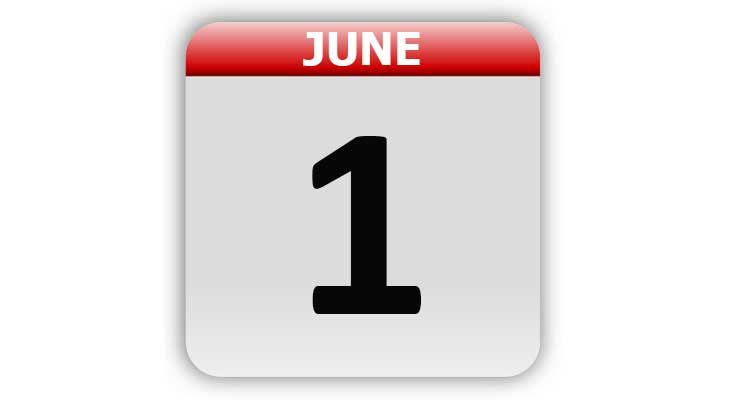 1861 – The first skirmish of the U.S. Civil War took place at the Fairfax Court House in Virginia.

1869 – Thomas Edison received a patent for his electric voting machine.

1879 – Michigan women were employed as telephone operators for the first time in Grand Rapids, MI. They replaced boys who neglected the switchboards to play marbles.

1935 – The Ingersoll-Waterbury Company reported that it had produced 2.5 million Mickey Mouse watches during its 2 year association with Disney.

1938 – Baseball helmets were worn for the first time.

1939 – The Douglas DC-4 made its first passenger flight from Chicago, IL to New York, NY.

1954 – In the “Peanuts” comic strip, Linus’ security blanket made its debut.

1958 – IBM ended its design of machines that contained electronic tubes.

1961 – Radio listeners in New York, California, and Illinois were introduced to FM multiplex stereo broadcasting. A year later the FCC made this a standard.

1967 – The album “Sgt. Pepper’s Lonely Hearts Club Band”, by the Beatles, was released.

1973 – The James Bond movie “Live and Let Die”, with a title track by Paul McCartney & Wings, opened in theaters.

1974 – The Heimlich maneuver for rescuing choking victims was published in the Journal of Emergency Medicine.

1978 – The U.S. reported the finding of wiretaps in the American embassy in Moscow.

1979 – In the U.S., the government-controlled ceiling on oil prices ended. The control was phased out over 28 months.

1980 – The Cable News Network (CNN) made its debut as the first all-news station.

1999 – Merrill Lynch chairman David Komansky announced that the firm would soon allow its customers to buy and sell stocks over the Internet.

2005 – The celebrity dancing competition show “Dancing with the Stars” debuted on ABC.

2011 – Space Shuttle Endeavour made its final landing after 25 flights

Tags: A Look Back, Celebrity Birthdays, Days of the Year, June 1, Today in History