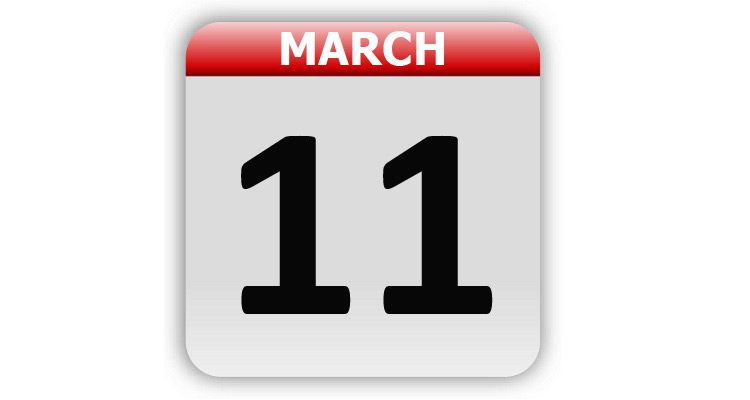 1791 – Samuel Mulliken became the first person to receive more than one patent from the U.S. Patent Office.

1861 – A Confederate Convention was held in Montgomery, AL, where a new constitution was adopted.

1904 – After 30 years of drilling, the north tunnel under the Hudson River was holed through to link Jersey City, NJ, and New York, NY.

1930 – President Howard Taft became the first U.S. President to be buried in the National Cemetery in Arlington, VA.

1964 – U.S. Senator Carl Hayden, of Arizona, broke the record for continuous service in the Senate. He had worked 37 years and seven days.

1966 – In New York, NY, three men were convicted in the assassination of Malcom X.

1986 – Popsicle announced its plan to end the traditional twin-stick frozen treat for a one-stick model.

1993 – Janet Reno was unanimously confirmed by the Senate to become the first female Attorney General. She was sworn in the next day.

1998 – The International Astronomical Union issued an alert that said that a mile-wide asteroid could come very close to, and possibly hit, Earth on Oct. 26, 2028. The next day NASA’s Jet Propulsion Laboratory announced that there was no chance the asteroid would hit Earth.

2000 – KISS began their “Farewell Tour”. They performed at Van Andel Arena on May 7th of that year.

2002 – Two columns of light were pointed skyward from ground zero in New York, NY, as a temporary memorial to the victims of the terrorist attacks of September 11, 2001.

2009 – Toyota announced that they had sold their one millionth hybrid vehicle. The most popular model was the Prius.

2011 – Apple launched their iPad2 after selling 15 million of the original iPads.

2011 – An earthquake that measured 9.0 in magnitude struck 80 miles east of Sendai, Japan. The quake triggered a tsunami that killed thousands of people. The event also caused the second largest nuclear accident in history and one of only two events to be classified as a Level 7 on the International Nuclear Event Scale.

2020 – The NBA suspended its season after a player tested positive for COVID-19.

2020 – Tom Hanks and Rita Wilson announced they had tested positive for COVID-19 while in Australia.

2020 – The World Health Organization declared the COVID-19 virus a pandemic. President Donald Trump delivered a prime-time address from the Oval Office. He called for a ban on travelers from European countries, other than the United Kingdom, for 30 days.

Tags: A Look Back, Celebrity Birthdays, Days of the Year, March 11, Today in History