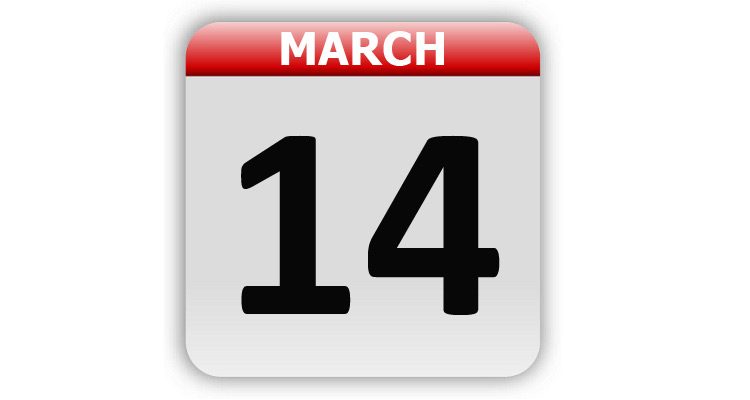 1794 – Eli Whitney received a patent for the cotton gin.

1900 – U.S. currency went on the gold standard with the ratification of the Gold Standard Act.

1914 – Henry Ford announced the new continuous motion method to assemble cars. The process decreased the time to make a car from 12½ hours to 93 minutes.

1942 – Orvan Hess and John Bumstead became the first in the U.S. to successfully treat a patient, Anne Miller, using penicillin.

1943 – President Franklin D. Roosevelt became the first President to fly in an airplane while in office.

1958 – The Recording Industry Association of America handed out their first gold record award to Perry Como for his song “Catch A Falling Star”.

1967 – John F. Kennedy’s body was moved from a temporary grave to a permanent one at Arlington National Cemetery.

1979 – The Census Bureau reported that 95% of all Americans were married or would get married.

1980 – Quincy Jones received a star on the Hollywood Walk of Fame on his 47th birthday.

1989 – Imported assault guns were banned in the U.S. under President George H.W. Bush.

1996 – President Bill Clinton committed $100 million for an anti-terrorism pact with Israel to track down and root out Islamic militants.

2002 – A Scottish appeals court upheld the conviction of a Libyan intelligence agent for the 1988 bombing of Pan Am Flight 103. A five-judge court ruled unanimously that Abdel Basset Ali al-Megrahi was guilty of bringing down the plane over Lockerbie, Scotland.

2003 – Robert Blake was released from jail on $1.5 million bail. Blake had been jailed for the murder of his wife Bonny Lee Bakley.

2003 – Israel “Cachao” Lopez received a star on the Hollywood Walk of Fame.

National Write Down Your Story Day

Tags: A Look Back, Celebrity Birthdays, Days of the Year, March 14, Today in History