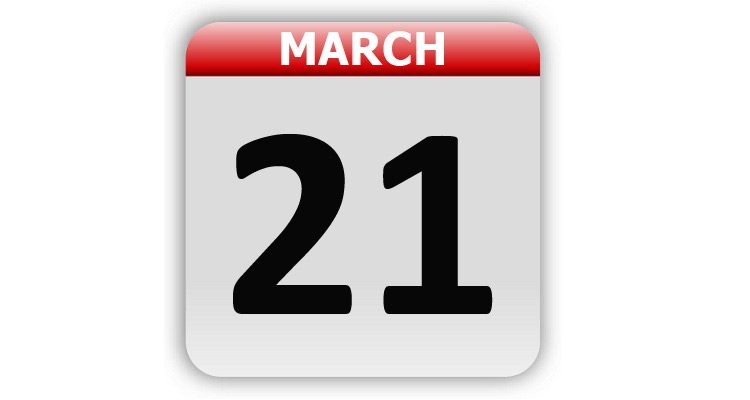 1788 – Almost the entire city of New Orleans, LA, was destroyed by fire. 856 buildings were destroyed.

1790 – Thomas Jefferson reported to President George Washington as the new Secretary of State.

1851 – Yosemite Valley was discovered in California.

1859 – In Philadelphia, PA, the first Zoological Society was incorporated.

1906 – Ohio passed a law that prohibited hazing by fraternities after two fatalities.

1908 – A passenger was carried in a bi-plane for the first time by Henri Farman of France.

1925 – The state of Tennessee enacted the Butler Act. It was a law that made it a crime for a teacher in any state-supported public school to teach any theory that was in contradiction to the Bible’s account of man’s creation.

1953 – The Lake Michigan car ferry, the S.S. Badger, made its first big lake crossing (from Ludington, MI to Manitowac, WI). The S.S. Badger is still in operation.

1965 – NASA launched Ranger 9, the last in a series of unmanned lunar explorations.

1970 – The first Earth Day proclamation was issued by the Major of San Francisco, CA, Joseph Alioto.

1972 – The Supreme Court ruled that states could not require one year of residency for voting eligibility.

1976 – Singer Claudine Longet, formerly the wife of Andy Williams, shot her boyfriend, world skiing champion Spider Sabich. Sabich had tried to throw her and her three children out of his house. Longet was arrested for manslaughter.

1980 – President Jimmy Carter announced to the U.S. Olympic Team that they would not participate in the 1980 Summer Games in Moscow as a boycott against Soviet intervention in Afghanistan.

1989 – Dick Clark announced that after 33 years he would no longer be hosting the show “American Bandstand”.

1994 – Steven Spielberg won his first Oscars. They were for best picture and best director for “Schindler’s List.”

1994 – Bill Gates of Microsoft and Craig McCaw of McCaw Cellular Communications announced a $9 billion plan that would send 840 satellites into orbit to relay information around the globe.

1999 – Bertrand Piccard and Brian Jones became the first to circumnavigate the Earth in a hot air balloon.

2000 – Phillip Morris and R.J. Reynolds were found guilty of misrepresenting the danger of cigarettes. A California jury ordered the firms to pay $1.7 million in damages to an ex-smoker dying of cancer and to her husband.

2000 – The Supreme Court ruled 5-4 that the Food and Drug Administration had overstepped its regulatory authority when it attempted to restrict the marketing of cigarettes to youngsters.

2005 – After four years, the reality television show “The Osbournes” ended its run on MTV.

Tags: A Look Back, Celebrity Birthdays, Days of the Year, March 21, Today in History