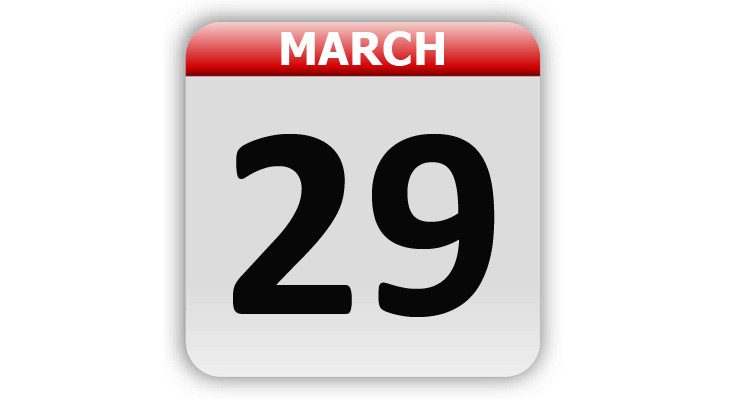 1848 – Niagara Falls stopped flowing for one day due to an ice jam.

1882 – The Knights of Columbus organization was granted a charter by the State of Connecticut.

1886 – The first batch of Coca Cola was brewed by Atlanta, GA druggist John Pemberton in his backyard. Originally called “Esteemed Brain Tonic and Intellectual Beverage”, the sweet, fizzy concoction originally contained cocaine until its nonprescription use was banned in 1904.

1943 – Rationing of meat, butter and cheese began in the United States during World War II.

1951 – Julius and Ethel Rosenberg were convicted of conspiracy to commit espionage. They were executed in June 19, 1953.

1961 – The 23rd amendment to the U.S. Constitution was ratified. The amendment gave residents of the District of Columbia the right to vote in Presidential elections.

1971 – A jury in Los Angeles recommended the death penalty for Charles Manson and three female followers for the 1969 Tate-La Bianca murders. The death sentences were later commuted to live in prison because of a California ruling on executions.

1974 – Eight Ohio National Guardsmen were indicted on charges stemming from the shooting deaths of four students at Kent State University on May 4, 1970. All the guardsmen were later acquitted.

1979 – The Committee on Assassinations Report issued by U.S. House of Representatives stated the assassination of President John F. Kennedy was the result of a conspiracy.

1982 – The television soap opera “Search for Tomorrow” moved from CBS to NBC.

1984 – The NFL’s Baltimore Colts loaded their possessions into 15 Mayflower moving trucks in the early morning hours and transferred operations to Indianapolis, IN.

1992 – Democratic Presidential front-runner Bill Clinton said “I didn’t inhale and I didn’t try it again” in reference to when he had experimented with marijuana as a young man.

1993 – Five men are arrested in the fatal bombing of World Trade Center in New York.

1993 – Clint Eastwood won his first Oscars. He won them for “Best Film” and “Best Director” for the film “Unforgiven.”

1995 – The U.S. House of Representatives rejected a constitutional amendment that would have limited terms to 12 years in the U.S. House and Senate.

1999 – The Dow Jones industrial average closed above the 10,000 mark for the first time, during the height of the internet boom.

2007 – U2 singer Bono received an honorary knighthood in Dublin, Ireland from British ambassador David Reddaway on behalf of Queen Elizabeth in recognition of his services to the music industry and for his humanitarian work.

2010 – In Japan, the Tokyo Skytree tower became the tallest structure in Japan when it reached 1,109 feet.

2013 – Students at Michigan Technological University created the world’s largest snowball. It was 32.94 feet in circumference and weighed several tons. It was certified by Guinness World Records.

Tags: A Look Back, Celebrity Birthdays, Days of the Year, March 29, Today in History