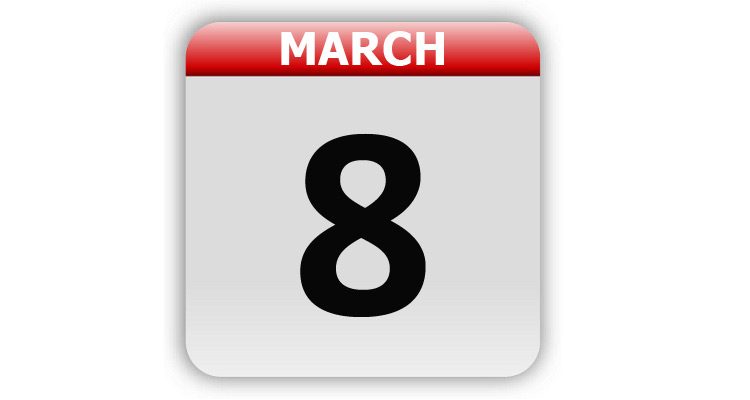 1855 – A train passed over the first railway suspension bridge at Niagara Falls, NY.

1862 – The Confederate ironclad “Merrimack” was launched.

1894 – A dog license law was enacted in the state of New York. It was the first animal control law in the U.S.

1948 – The Supreme Court ruled that religious instruction in public schools was unconstitutional.

1959 – Groucho, Chico, and Harpo made their final Marx Brothers TV appearance together.

1979 – Philips demonstrated the Compact Disc publicly for the first time.

1985 – The Internal Revenue Service (IRS) reported that 407,700 Americans were millionaires. That was more than double the total from just five years prior.

1993 – “Beavis and Butthead” made its series debut on MTV. The series ran for seven seasons, producing 200 episodes and spawning the 1996 feature film “Beavis and Butt-head Do America”.

1994 – People in southwest Michigan reported seeing strange lights in the sky south of Holland, MI. The lights were red, white, blue and green. Some reports described them as being like Christmas lights. The lights appeared in a diamond or triangular formation. There were reports of the objects showing up on radar but the sightings have never been explained. Read more about it here.

1999 – The Supreme Court upheld the conviction of Timothy McVeigh for the 1995 bombing of a federal building in Oklahoma City, OK.

2001 – The U.S. House of Representatives voted for an across-the-board tax cut of nearly $1 trillion over the next decade.

2017 – High winds blew through Michigan, with some wind gusts near 70 mph, blowing down trees and power lines. Consumers Energy reported over 350,000 electric outages in their service area. The storm took down over 9,000 wires and broke more than 1,300 power poles across the state. Many customers were without power for several days.

2019 – The movie “Captain Marvel” was released, starring Brie Larson in the lead role. The movie made over $1.1 billion worldwide. It was the first superhero movie with a woman in the starring role to make over a billion dollars.

National Get Over it Day

Tags: A Look Back, Celebrity Birthdays, Days of the Year, March 8, Today in History