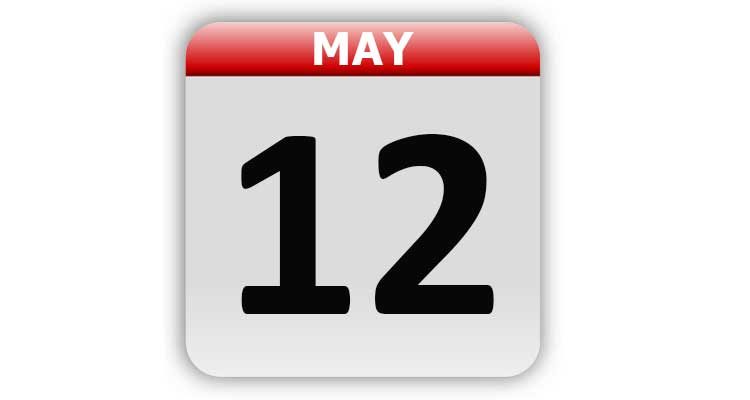 1883 – The University of Michigan played their first ever home football game against the Detroit Independents at the Ann Arbor fairgrounds. U of M won the game 40-5.

1888 – Charles Sherrill, of the Yale track team, became the first runner to use the crouching start for a fast break in a foot race.

1926 – The airship Norge became the first vessel to fly over the North Pole.

1932 – Ten weeks after his abduction, the infant son of aviator Charles Lindbergh was found dead in Hopewell, NJ, just a few miles from Lindbergh’s home.

1935 – Bill Wilson and Dr. Bob Smith (founders of Alcoholics Anonymous) met for the first time in Akron, OH, at the home of Henrietta Siberling.

1978 – The National Oceanic and Atmospheric Administration announced that they would no longer exclusively name hurricanes after women.

1999 – George Jones pleaded guilty to driving while impaired and violating the Tennessee’s open-container law in Franklin. He was fined $550.

2002 – Former President Jimmy Carter arrived in Cuba for a five day visit with Fidel Castro. It was the first time a U.S. head of state, in or out of office, had gone to the island since Castro’s 1959 revolution.

2003 – New rules required airlines to increase the assumed passenger weight to 190 pounds, up from 180 pounds.

2015 – It was announced that Verizon would be acquiring AOL.

Tags: A Look Back, Celebrity Birthdays, Days of the Year, May 12, Today in History