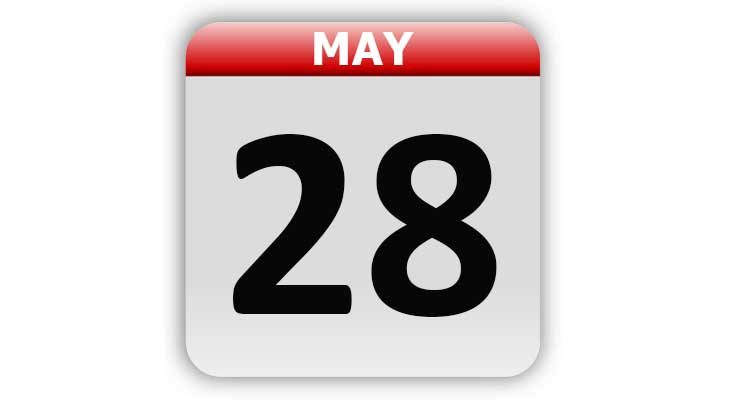 1892 – The Sierra club was organized in San Francisco, CA.

1897 – Pearle Bixby Wait trademarked his invention — a flavored gelatin dessert. His wife, May, came up with the name “Jell-O”. The original flavors were strawberry, orange, lime, and raspberry.

1929 – Warner Brothers debuted “On With The Show” in New York, NY. It was the first all-color-talking picture.

1934 – The Dionne quintuplets were born near Callender, Ontario, to Olivia and Elzire Dionne. The babies were the first quintuplets to survive infancy.

1953 – The Walt Disney film “Melody” premiered in the Paramount Theatre in Hollywood, CA. The picture was the first 3-D cartoon.

1957 – The National Academy of Recording Arts and Sciences (NARAS) was established. Two years later, the organization launched the Grammy Awards.

1957 – National League club owners voted to allow the Brooklyn Dodgers to move to Los Angeles, CA, and that the New York Giants could move to San Francisco, CA.

1966 – Disney’s iconic ride, “It’s a Small World”, opened at Disneyland in Anaheim, CA. It was originally developed for the 1964 New York World’s Fair’s.

1998 – Dr. Susan Terebey discovered a planet outside of our solar system with the use of photos taken by the Hubble Space Telescope.

1999 – In Milan, Italy, Leonardo de Vinci’s “The Last Supper” was put back on display after 22 years of restoration work.

2002 – Tom Brokaw announced that he would leave NBC Nightly News after the 2004 Presidential election. MSNBC anchor Brian Williams was named as his successor.

2002 – The Mars Odyssey found signs of large ice deposits on the planet Mars.

2014 – A new roller coaster ride opened at Walt Disney World’s Magic Kingdom. It was the Seven Dwarfs Mine Train.

2015 – The Observatory at One World Trade Center officially opened.

Tags: A Look Back, Celebrity Birthdays, Days of the Year, May 28, Today in History