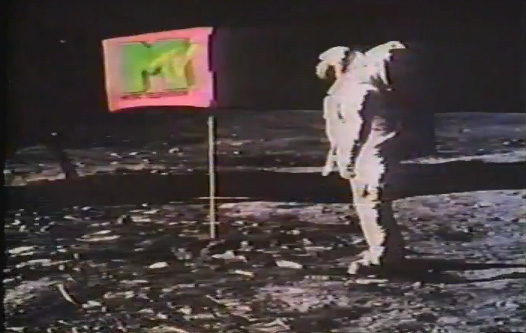 Oh how our world as a teen, back in the 80’s, changed once we could tune into MTV and actually watch videos of our favorite songs. On August 1st, 1981, MTV began broadcasting in the United States.

We first got cable at our house in either 1976 or 1977. I remember thinking back then how cool it was that we could watch a TV station from Chicago or Atlanta. We didn’t get a lot of additional TV stations at first on the cable system. Most of it was computer generated information pages. I was a fan of The Weather Channel. I actually could watch radar on my own TV every 8 minutes when The Weather Channel went into a break for local weather. How cool!

The summer of 1981 was the summer after I graduated from high school and before I headed off to college. It was a time for a lot of changes in my life as I entered “adulthood” (even though I still haven’t really grown up). I remember anxiously waiting for the kick off of MTV. I don’t recall if our cable system had access to MTV right when it started, or if it was some time afterwards. I do remember spending a lot of time in front of the TV watching “music videos” though. It was definitely a more simple time. No cell phones, no home computers, no texting or email. If we were lucky we might have had a VCR (complete with the flashing “12:00”!).

Here is how it all began on MTV:

Those VJ’s — Mark Goodman, Alan Hunter, Martha Quinn, J.J. Jackson, and Nina Blackwood — looked so young! We all were so young back then!

The very first video they played on MTV was “Video Killed the Radio Star” by The Buggles. They were a new wave band out from England. The band was started in 1977 with singer and bassist Trevor Horn and keyboardist Geoffrey Downes. The two went on to join the band Yes until it was disbanded in 1980. After that time, The Buggles recorded another album before Downes left the group to help form the band Asia.

The end of the music video era began in 1995. From 1995 to 2000, MTV played 36.5% fewer music videos. The music videos were replaced with reality shows (“The Real World”) and animated cartoons (“Beevis and Butthead”), just to name a few.

It’s pretty sad, but I can’t tell you the last time I actually tuned in to see what was on MTV. For a cable channel that used to grab my attention and time, now days there is no interest in it at all. So sad…I’ll just remember the good times!

What are your memories of MTV? Leave me a comment below…