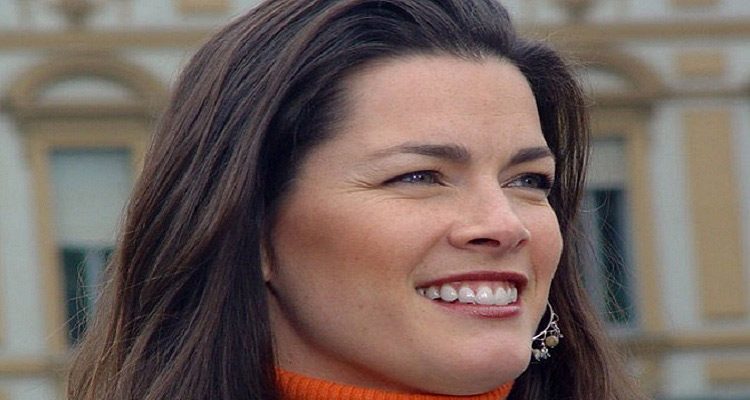 October 13th is Nancy Kerrigan’s birthday! Happy Birthday Nancy! She was born back in 1969.

Of course most remember her as an Olympic figure skater. On January 6, 1994, down at Cobo Arena in Detroit, MI, she was clubbed in the right knee with a police baton by Shane Stant after a practice session at the U.S. Figure Skating Championships. The assault was planned by rival Tonya Harding’s ex-husband Jeff Gillooly and co-conspirator Shawn Eckardt. The incident became known as “The Whack Heard Round the World.”

About five years after that, Nancy decided to try a singing career. She recorded a song called “Shining Through”.

She was running a little late for her phone interview (on November 2nd, 1999), so we played the song one more time. Once she was finally on the phone, I thought she was going to hang up after Rick’s first question…

And only Rick would ask her about her teeth. We never heard from her again…Gee, I wonder why?!