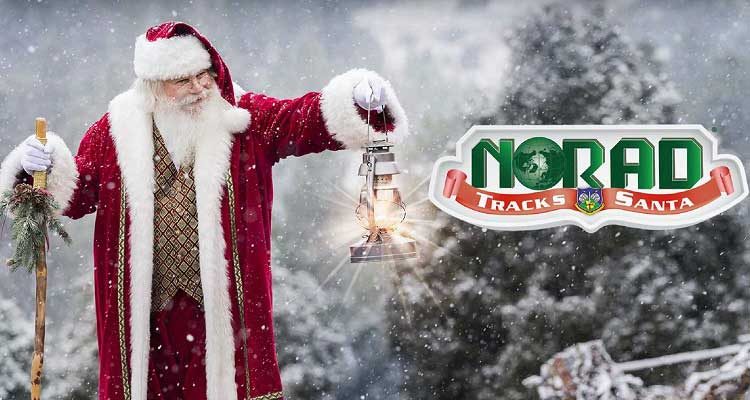 Once again, Santa will be out delivering presents around the world on Christmas Eve. Everyone wants to keep track of just where he is and how close he may be to arriving at our house. Once again this year, NORAD (North American Aerospace Defense Command) will be tracking Jolly Ol’ St. Nick.

The story behind how this tradition got started goes back to 1955. The Sears department store published a newspaper ad in Colorado that encouraged kids to call Sears for an update on Santa’s whereabouts. The phone number that was printed in the ad was incorrect. It was one number off. Instead of the calls going to Sears, the calls were going to the military’s Continental Air Defense Command (CONAD). Many children called for an update on Santa that Christmas Eve. Fortunately, the military personnel decided to play along. They gave out updates on Santa and a tradition was born.

CONAD became the North American Aerospace Defense Command (NORAD) in 1958. NORAD has continued to track Santa over the years. Now days NORAD also uses social media to track Santa — with the www.noradsanta.org website, Twitter, YouTube, Facebook, and even a NORAD Santa Tracker app for your iPhone or Android smartphones or tablets! We never had ways to track Santa when I was a child. We just had to wait for the sound of reindeer landing on our roof (but we usually fell asleep and missed it!)

And, just like back in 1955, children can still call for updates on Santa’s location. NORAD has set up a number to receive those calls. That number is 1-877-HI-NORAD.

The website is up and running right now. There is a countdown clock on the website along with music, videos, games and other cool things.

I’ll be tracking Santa this year…I can’t wait to see what he brings me!

Here is a video from NORAD about tracking Santa…