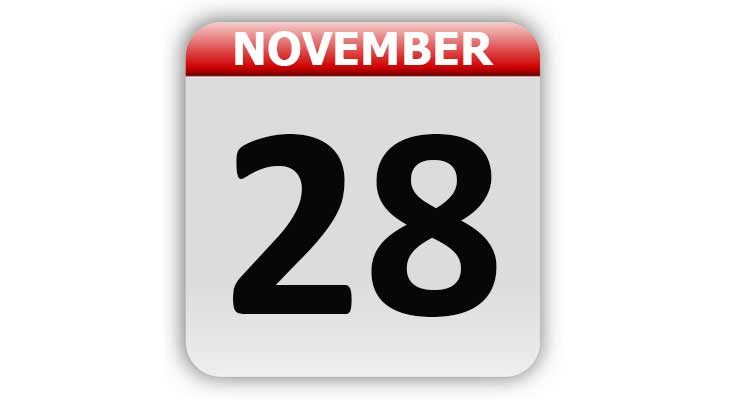 1953 – New York, NY, began 11 days without newspapers due to a strike of photoengravers.

1963 – President Lyndon B. Johnson announced that Cape Canaveral would be renamed Cape Kennedy in honor of President John F. Kennedy. The name was changed back to Cape Canaveral in 1973 by a local vote of residents.

1964 – The U.S. launched the space probe Mariner IV from Cape Kennedy on a course set for Mars.

1975 – Two of TV’s longest running soap operas, “The Edge of Night” and “As the World Turns”, were presented live for the last time.

1979 – Air New Zealand Flight 901, a DC-10 sightseeing flight over Antarctica, crashed into Mount Erebus, killing all 257 people on board.

1983 – The Space Shuttle Columbia took off with the STS-9 Spacelab in its cargo bay.

1994 – Jeffrey Dahmer, a convicted serial killer, was clubbed to death in a Wisconsin prison by a fellow inmate.

2007 – O.J. Simpson pleaded not guilty to charges of trying to hold up a pair of sports memorabilia dealers in a Las Vegas, NV, hotel room in September.

2012 – In New York, NY, it was a quiet day. There was not a single report of a person being shot, stabbed or subject to other sorts of violent crime for the first time in memory.

Berry Gordy Jr. – 92 years old (1929) – Founder of Mowtown Records (Many of the label’s stars like The Supremes, The Four Tops, The Temptations, The Jackson 5, Martha & the Vandellas, Marvin Gaye and Stevie Wonder have joined him in the Rock and Roll Hall of Fame). Born in Detroit, MI.

Tags: A Look Back, Celebrity Birthdays, Days of the Year, November 28, Today in History