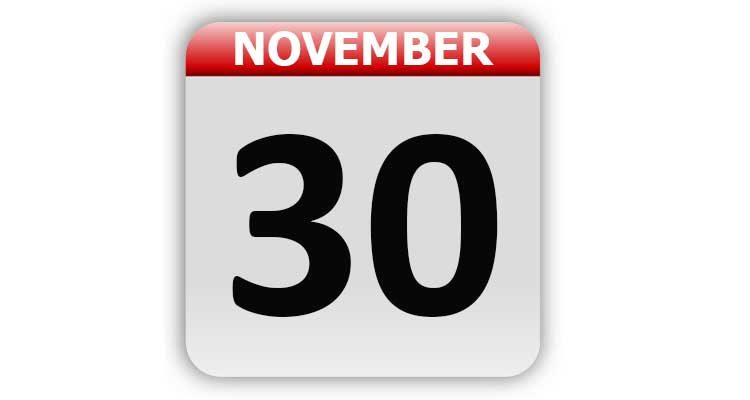 1858 – John Landis Mason received a patent for the Mason jar.

1954 – In Sylacauga, AL, Elizabeth Hodges was injured when a meteorite crashed through the roof of her house while she was taking an afternoon nap. The rock weighed 8-1/2 pounds. This is the only documented case of a human being being hit by a rock from space.

1956 – CBS replayed the program “Douglas Edward and the News” three hours after it was received on the West Coast. It was the world’s first broadcast via videotape.

1971 – ABC TV aired “Brian’s Song”. The movie was about Chicago Bears’ Brian Picolo and his friendship with Gale Sayers.

1982 – The movie “Gandhi”, starring Ben Kingsley, premiered in New Delhi. The film received eleven nominations at the 55th Academy Awards, winning eight (more than any other film nominated that year), including for the Best Picture, Best Director, and Best Actor (for Kingsley).

1982 – Michael Jackson’s “Thriller” album was released. Seven singles were released from the album, including “Beat It”, featuring Eddie Van Halen on guitar.

1993 – The National Football League awarded its 30th franchise to the Jacksonville Jaguars.

2001 – For the first time in it’s history, McDonald’s teamed up with a retail partner on its Happy Meal promotions. Toys R Us provided plush figures from it’s Animal Alley.

2018 – A magnitude 7.0 earthquake, with an epicenter 15 miles from Anchorage, AK, caused significant property damage but no deaths.

Day of Remembrance for all Victims of Chemical Warfare

Tags: A Look Back, Celebrity Birthdays, Days of the Year, November 30, Today in History