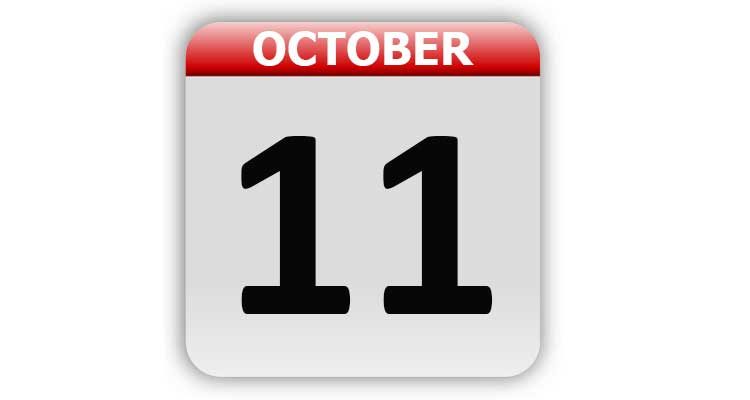 1811 – The first steam-powered ferryboat, “The Juliana”, was put into operation by inventor John Stevens. The ferry went between New York, NY, and Hoboken, NJ.

1869 – Thomas Edison filed for a patent on his electric machine that was used for counting votes for the U.S. Congress. Congress, however, did not buy it.

1881 – The first roll film for cameras was patented by David Henderson Houston.

1890 – The Daughters of the American Revolution was founded in Washington, DC.

1899 – Augustes Moore Herring, of St. Joseph, MI, flew a powered “glider” at Dune Park, IN. His flight, powered by a compressed air motor, was before the Wright Brothers flight in 1903.

1899 – The Western League was renamed the American League.

1910 – President Theodore Roosevelt became the first U.S. President to fly in an airplane. He flew for all of four minutes with Arch Hoxsey in a plane built by the Wright brothers at Kinloch Field (now Lambert-St. Louis International Airport) in St. Louis, MO.

1932 – In New York, NY the first telecast of a political campaign was aired.

1939 – President Theodore Roosevelt was presented with a letter from Albert Einstein that urged him to develop the U.S. atomic program rapidly.

1950 – CBS’s mechanical color system was the first to be licensed for broadcast by the U.S. Federal Communications Commission.

1958 – Pioneer 1 was launched toward the Moon. Two days later, because of a trajectory error, it fell back to Earth and burned up.

1975 – On NBC, “Saturday Night Live” debuted with George Carlin as guest host. Janis Ian performed “At Seventeen” and “In the Winter.” Billy Preston played “Nothing from Nothing” and “Fancy Lady”. The show really took off the following week when host Paul Simon reunited with his former partner, Art Garfunkel.

1975 – Bill Clinton and Hillary Rodham were married in Fayetteville, AR.

1983 – The last hand-cranked telephones in the United States were removed from service. The 440 telephone customers in Bryant Pond, ME switched to direct-dialed service.

1984 – Mario Lemieux made his debut in the National Hockey League with the Pittsburgh Penguins. He scored a goal on his first shot.

1991 – Anita Hill testified that Supreme Court nominee Clarence Thomas made sexually explicit remarks to her when they worked together.

2002 – The sniper preying upon the Washington, DC, suburbs killed his eighth victim, a driver pumping gas in Fourmile Fork, VA.

International Day of the Girl Child

Tags: A Look Back, Celebrity Birthdays, Days of the Year, October 11, Today in History