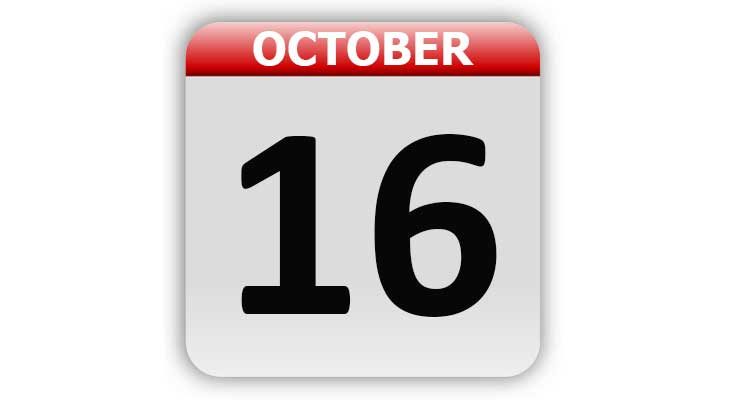 1829 – The first modern hotel in America opened in Boston, MA. The Tremont Hotel had 170 rooms that rented for $2 a day and included four meals.

1869 – A hotel in Boston, MA became the first in the U.S. to install indoor plumbing.

1923 – Walt and Roy Disney contracted with M.J. Winkler to distribute the Alice Comedies. This event marked the start of the Disney Company.

1931 – Al Capone was convicted of income tax evasion and sentenced to 11 years in prison.

1946 – An 18 year old rookie named Gordie Howe make his first NHL appearance with the Detroit Red Wings. He scored a goal in his first game.

1978 – Karol Wojtyla was elected Pope John Paul II after the October 1978 Papal conclave. He is the first non-Italian pontiff since 1523.

2000 – It was announced that Chevron Corp. would be buying Texaco Inc. for $35 billion. The combined company was called Chevron Texaco Corp. and became the 4th largest oil company in the world.

2002 – The Arthur Andersen accounting firm was sentenced to five years probation and fined $500,000 for obstructing a federeal investigation of the energy company Enron.

2009 – Maurice Sendak’s children’s book “Where the Wild Things Are” came to live on the big screen when the movie premiered in theaters.

Tags: A Look Back, Celebrity Birthdays, Days of the Year, October 16, Today in History