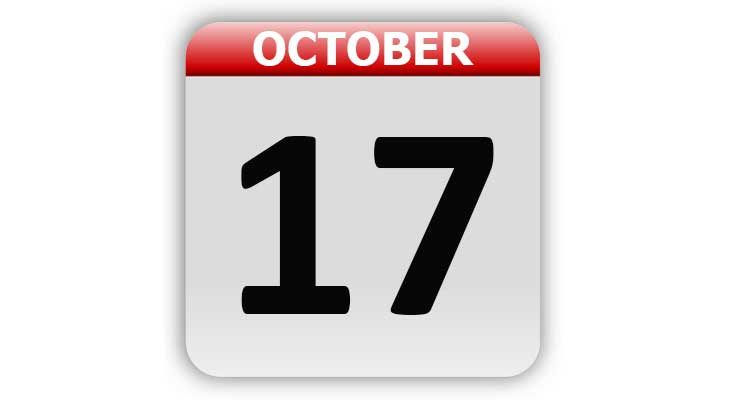 1888 – Thomas Edison applied for a patent for the Optical Phonograph (the first movie).

1888 – The first issue of “National Geographic Magazine” went on sale.

1919 – The Radio Corporation of America (RCA) was incorporated.

1931 – Al Capone was convicted on income tax evasion and was sentenced to 11 years in prison. He was released from jail in 1939.

1933 – “News-Week” appeared for the first time at newsstands. The name was later changed to “Newsweek”.

1956 – Donald Byrne and Bobby Fischer played their famous chess gamed referred to as “The Game of the Century”. Fischer beat Byrne and won a Brillancy prize.

1957 – Lake Michigan was accidentally crossed by two Milwaukee men in a hot air balloon. The balloon (the actual one used in the movie “Around the World in 80 Days”) was being used in a shopping center promotion and eventually ended up in a wild seven hour ride that ended in a Benton Harbor tree.

1966 – The TV game show “Hollywood Squares” premiered on NBC. The show was originally hosted by Peter Marshall, and had two contestants competing in a game of tic-tac-toe to win cash and prizes..

1966 – NBC started offering all of their news content in color.

1989 – The Loma Prieta earthquake, measuring 7.1 on the Richter Scale, hit the San Francisco Bay area in California. The quake caused 63 deaths, 3,757 injuries, and up to $7 billion in damages.

2001 – The U.S. Capitol and the House Office Building were closed for inspection following the discovery of anthrax in a Senate office building.

2003 – The U.S. Food and Drug Administration approved the drug Memantine to help people with Alzheimer’s symptoms.

2007 – The TV show “Storm Chasers” premiered on the Discovery Channel.

2008 – The TV show that searched out paranormal activity, “Ghost Adventures”, premiered on the Travel Channel.

International Day for the Eradication of Poverty

Wear Something Gaudy Day (I celebrate this just about every day!)

Tags: A Look Back, Celebrity Birthdays, Days of the Year, October 17, Today in History