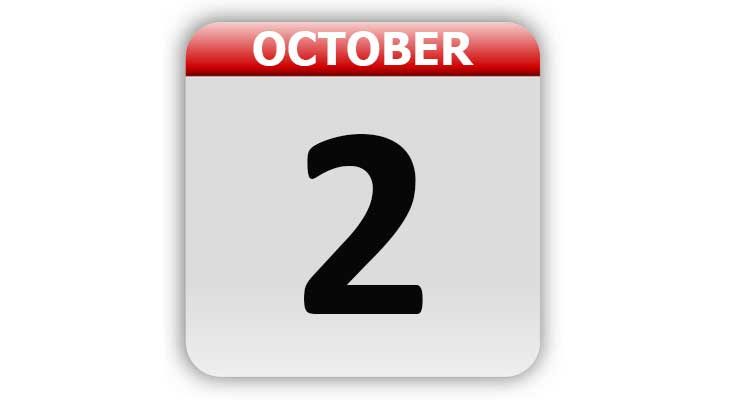 1920 – The Cincinnati Reds and the Pittsburgh Pirates played the only triple-header in baseball history. (The Reds won 2 of the 3 games.)

1937 – Warner Bros. released “Love Is on the Air, which included the film debut of 26-year-old actor Ronald Reagan.

1948 – The first automobile race to use asphalt, cement and dirt roads took place in Watkins Glen, NY. It was the first road race in the U.S. following World War II.

1950 – The “Peanuts” comic strip, created by Charles M. Schulz, was published for the first time in seven newspapers. The strip is originally called “Li’l Folks” and introduced the character Charlie Brown. The strip ran until February 13, 2000, and then continued in reruns.

1967 – Thurgood Marshall was sworn in as the first black Justice of the Supreme Court.

1977 – The bodies of Elvis Presley and his grandmother were moved to Graceland in Memphis, TN.

1986 – The Everly Brothers were given a star on the Hollywood Walk of Fame.

1992 – The hockey movie, “The Mighty Ducks”, premiered in theaters.

1996 – The Electronic Freedom of Information Act Amendments were signed by President Bill Clinton.

Tags: A Look Back, Celebrity Birthdays, Days of the Year, October 2, Today in History