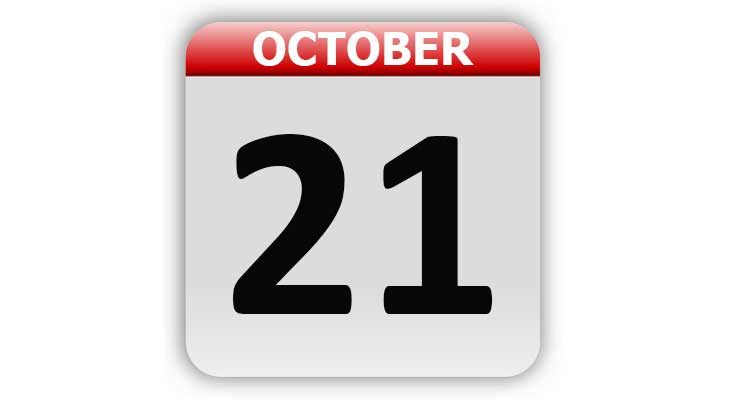 1849 – James F. O’Connell, the first tattooed man, was put on exhibition at the Franklin Theatre in New York, NY.

1879 – Thomas Edison applied for a patent for his design for an incandescent lamp. It lasted 13-1/2 hours before it burned out.

1908 – A “Saturday Evening Post” advertisement offered a chance to buy a two-sided record from Columbia.

1915 – The very first “hello” was transmitted over the Atlantic Ocean wirelessly from the state of Virginia in the United States to Paris, France.

1918 – Margaret Owen set a typing speed record of 170 words per minute on a manual typewriter.

1925 – The photoelectric cell was first demonstrated at the Electric Show in New York, NY.

1925 – The U.S. Treasury Department announced that it had fined 29,620 people for prohibition (of alcohol) violations.

1929 – The Edison Institute, at the Greenfield Village and Form Museum) was dedicated by Thomas Edison and President Herbert Hoover.

1940 – The first edition of the Ernest Hemingway novel “For Whom the Bell Tolls” was published.

1975 – Elton John received a star on the Hollywood Walk of Fame.

1991 – Jesse Turner, an American hostage in Lebanon, was released after nearly five years of being imprisoned.

1996 – Jay Bargieri, a former executive with EMI Records, announced the launch of the first Internet record label. The record label, Jay-Bird Records, was the first of its kind.

2021 – On the set of the movie “Rust”, a shooting occurred in which actor Alec Baldwin discharged a prop weapon which had been loaded. The gun killed the director of photography, Halyna Hutchins, and injured director Joel Souza.

Back To the Future

International Day of the Nacho

Tags: A Look Back, Celebrity Birthdays, Days of the Year, October 21, Today in History