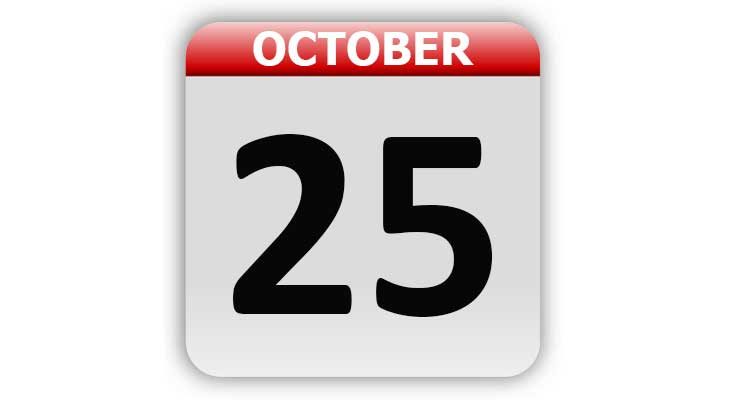 1825 – The Erie Canal opened, connecting the Atlantic Ocean and the Great Lakes.

1870 – The first postcards were issued in the United States.

1870 – The first U.S. trademark was given. It went to the Averill Chemical Paint Company of New York, NY.

1955 – The microwave oven was introduced by the Tappan Company.

1960 – The Accutron watch by the Bulova Watch Company went on sale in New York, NY.

1988 – Chico and Bobby DeBarge were convicted of trafficking cocaine in Michigan.

1983 – Microsoft released the first version of Word. It was called “Multi-Tool Word” at the time.

1994 – Susan Smith of Union, SC falsely claimed that a black carjacker drove off with her two sons in the back seat. She was later convicted of drowning her children in a nearby lake and was sentenced to life in prison.

1999 – Pro golfer Payne Stewart and five others were killed when their Learjet flew uncontrolled for four hours before crashing in South Dakota.

1999 – Actor Matthew McConaughey was arrested in Austin, TX, and charged with possession of marijuana, possession of drug paraphernalia and resisting transport. Police were responding to a noise complaint. They found the actor naked and playing the bongos outside of his home.

2002 – John Allen Muhammad, 41, and John Lee Malvo, 17, were charged in Maryland with six counts of first-degree murder, putting an end to the mystery of the Washington, DC sniper.

2004 – Three-and-a-half years after Bonny Lee Bakley was shot to death in the parking lot of an Italian restaurant in Los Angeles, CA, jury selection in the trial of her husband, Robert Blake, got underway.

Punk for a Day Day

Tags: A Look Back, Celebrity Birthdays, Days of the Year, October 25, Today in History