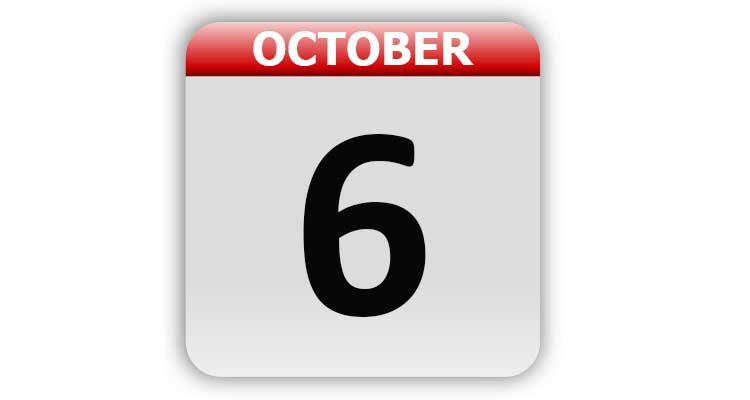 1723 – Benjamin Franklin arrived in Philadelphia at the age of 17.

1880 – The National League kicked the Cincinnati Reds out for selling beer.

1945 – Billy Sianis and his pet billy goat were ejected from Wrigley Field during Game 4 of the 1945 World Series.

1960 – The movie “Spartacus”, starring Kirk Douglas in the title role, premiered in theaters.

1961 – President John F. Kennedy urged American families to build or buy bomb shelters to protect themselves in the event of a nuclear exchange with the Soviet Union.

1975 – The Detroit Lions played their first Football game in their new home — the Pontiac Silverdome. (They would play their final game there on January 6, 2002.) The Silverdome was demolished in the Winter of 2017.

1992 – Ross Perot appeared in his first paid broadcast on CBS-TV after entering the U.S. Presidential race.

1995 – 51 Pegasi was discovered to be the second major star, apart from the Sun, to have a planet orbiting around it.

1998 – Matthew Shepard, a college student in Wyoming, was beaten to death for being gay.

1998 – The band Alabama received a star on the Hollywood Walk of Fame.

2007 – Jason Lewis completed the first human-powered circumnavigation of the globe.

Bring Your Bible to School Day

Tags: A Look Back, Celebrity Birthdays, Days of the Year, October 6, Today in History