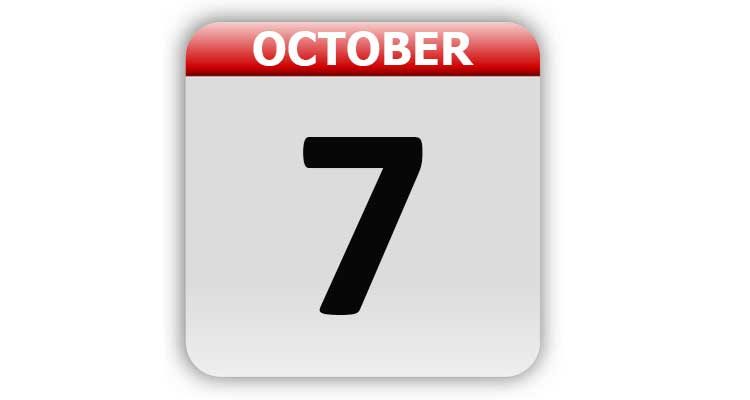 1913 – Henry Ford’s entire Highland Park, MI, automobile factory was run on a continuously moving assembly line for the first time when the chassis was added to the process.

1935 – The Detroit Tigers won the World Series when they beat Chicago in six games. It was the first World Series win for the Tigers.

1951 – The Western Hills Hotel in Fort Worth, TX, became the first hotel to feature all foam-rubber mattresses and pillows.

1952 – The music-performance and dance television program “Bandstand” debuted in Philadelphia, PA. Dick Clark would take over the hosting duties in 1956. The show was picked up nationally, becoming “American Bandstand”, on August 5, 1957. It aired until October 7, 1989.

1968 – The Motion Picture Association of America adopted the film-rating system, labeling movies from “G” to “X”.

1988 – An Inupiag hunter discovered three gray whales trapped under the ice in Barrow, AK. The situation turned into a multinational effort to free the whales.

1998 – Matthew Shepard, a gay student at the University of Wyoming, was found tied to a fence after being beaten by two young adults in Laramie, WY.

2001 – The Global War on Terrorism started as a result of the September 11th attacks. The U.S. invasion of Afghanistan began with an air assault and covert operations on the ground.

2002 – The Washington, DC, sniper’s reign of terror continued as a 13 year-old was shot and wounded outside his school in Bowie, MD.

2003 – Randy Quaid received a star on the Hollywood Walk of Fame.

2004 – Billy Bob Thornton got a star on the Hollywood Walk of Fame.

Tags: A Look Back, Celebrity Birthdays, Days of the Year, October 7, Today in History