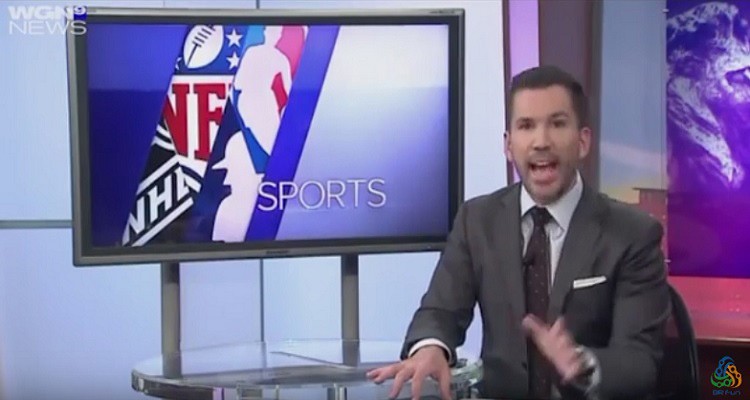 When companies buy the rights to different sporting events, they usually set a lot of restrictions about how other companies can use the names, video, logos, etc. from those events.

It happens with the “Superbowl” — You can’t use the name “Superbowl” when promoting any parties or giveaways. You have to refer to is as “The Big Game” or something similar.

And how many times have you heard sportcasters talk about a sporting event, but they are not allowed to show any video because of certain restrictions?

NBC has purchased the rights to the Olympics — so they of course have many restrictions on how other television networks and stations can use any of NBC’s coverage of the Olympic Games. I’m sure the restrictions are in place to give NBC stations the advantage when it comes to showing and talking about the events.

I had to laugh when I saw this video. It’s sportscaster Pat Tomasulo, from WGN in Chicago, IL. He is so fed up with all the restrictions. Refusing to call the Olympics by its name, Tomasulo referred to it as “The International Athletics Competition Run By One Of The Most Corrupt Organizations In The World.” He then introduced a new logo with five interlocking triangles and lip-synced R. Kelly’s “Bump and Grind” — which he says is the new theme song. This was his report on the air this morning…

I hate to say it, but maybe the Olympics have run their course. As a child I remember all the excitement about watching the Olympic Games — both summer and winter games. But now it just doesn’t seem like we have the interest anymore. I am almost ashamed to admit, but I have not watched ANY of the coverage from Rio.