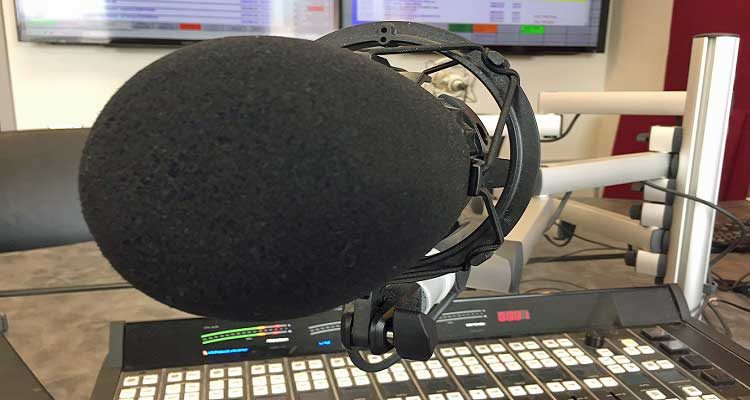 Radio: Then and Now

Today marks 7 years since I started working at 98.7 WFGR in Grand Rapids, MI. In all, I have now been doing radio for 33 years .

I was having a discussion with a friend a week or so ago about working in radio. He posed the question “How is radio different today than when you started?” It was an interesting discussion because I began to realize it wasn’t just the technology that has changed, but also the how the business itself is run. Let’s take a look back at Radio: Then and Now…

I am writing this blog more for my fellow broadcasting brothers and sisters. And please don’t think that I’m bitter about the business or the radio companies out there. This is just me taking a stroll down memory lane. A chance to look back at how things “used” to be. Many will probably agree with me about the points I’m making. If you don’t — or haven’t — worked in radio, feel free to read this blog post anyway. It might give you a bit of a “peek behind the curtain” of the radio business.

So, how has radio changed? 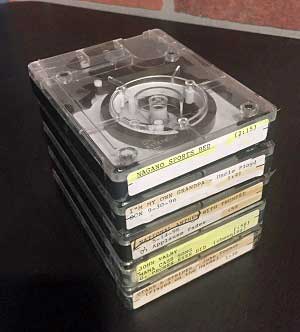 Technology: We’ve gone from playing records to having everything loaded in a computer. I started in radio in 1989, and the studio still had a working turntable! It was rarely used, but it was there just in case we needed it. From there everything went to being recorded on to carts, later to CDs, and now it’s all digital files in a computer. There was a time we had to push a button for EVERYTHING that played on the air. I remember it being a big deal when the commercials started to have segue tones placed at the end of the spot and it would fire the next commercial! Now, don’t even ask what happens when the computer crashes or gets hacked…been there done that! And I miss having all the information we used to type on those three lines of the cart label, especially on commercials. We rarely even know who is the talent on the spot, or the outcue anymore. All we get is the name of the spot and the length (although sometimes there is too much silence at the end of the spot when entered into the system). And why can’t anyone use the “end date” when putting the commercials in the computer? I can’t tell you how many times I’ve heard things like “sale ends on Saturday, June 1st” when the commercial runs on Monday, June 3rd! How about an end date of when the store closes on Saturday?! Is it really that tough?

Programming: Growing up and listening to the radio you would hear a voice on the air. You knew that voice was live, and originating from a studio in your town. That’s so far from the case now days. Most shows (outside of morning shows) are pre-recorded, or “voicetracked”. The person doing the voicetracking may not even be in your market, but rather recording several shifts for different markets. (For a time, I was recording afternoon newscasts for a newstalk station in Madison, WI). And sadly, most station lineups are all part-timers with the exception of the morning shows. These part-timers are making slightly over minimum wage to voicetrack their shifts. It’s sad when you can make more money flipping burgers at a fast food restaurant and asking “would you like fries with that”, than you do working at a radio station as an on air personality. Here in Michigan the minimum wage is up to $9.45 an hour. Many on air personalities in our market aren’t making but a few cents more than that. Those of us who are still doing radio are doing it because we are passionate about it — certainly not to get rich. It’s really become more of a hobby that comes with a few dollars, than a job anymore.

Promotions: Remember the days when each radio station had their own promotions director? Now radio stations have lost their own identity because there is one promotions person for the entire cluster of radio stations. Many of the promotions run across all the stations in the cluster. So much for having your own special giveaways and promotions. It just doesn’t happen much anymore.

Giveaways: Over the years I have seen many fly-away trips, cars, boats, and a lot of cash given away. There was a time when stations would do this quite frequently. AND the giveaway was just for THAT station, not a company-wide, national giveaway. Now it’s always a national contest with just ONE winner from all the radio stations the company owns. It sure cuts down on the cost of giveaways when you only have to give away one prize instead of hundreds, but it also severely decreases the chance that anyone on  your market is ever going to win. 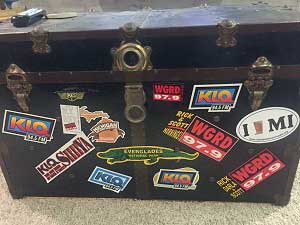 Request lines: OK, everyone knows that we really didn’t have much opportunity to play requests, however it was nice to have phone lines to talk to listeners and for any local giveaways we might have. Many stations don’t even have request lines anymore. Another stupid cost cutting move by several radio companies.

Public appearances/remotes: There was a time in my career I participated in just about every parade that happened in the area. It was a great way to get out in front of people. We usually had our station vehicle and maybe a float to go along with it. Or sometimes it was just us walking alongside the van. It seems now days no one gets out to do things like this anymore. Part of it is because the on air personalities don’t even live in the market! So sad. And stations don’t do any many live remotes anymore either. It’s rare for a station to pay to have a board op back at the station, so the on air personality can be out doing their show live somewhere. I miss those days. I remember doing morning shows from people’s homes, and doing third shift parties (and packing the bars at 7 am on a Friday!). I miss those days. 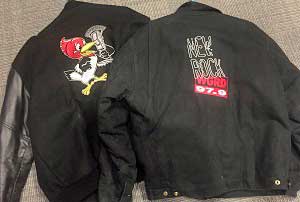 Station jackets: I remember getting my first radio station jacket. I felt like someone had handed me a million dollars. The jackets were usually varsity jackets with the logo embroidered on the back. Everyone knew where you worked if they saw you out in public with one of those jackets. Are there ANY stations that hand out station jackets or attire to their staff anymore? There was a time in the 90’s when we would get something new just about every month, or at least seasonally. (No one wants to wear a varsity jacket in July!)

Working Holidays: Sure, we all hated it at the time, but how cool was it for listeners to find us out broadcasting live from the beach on the 4th of July. Or perhaps doing a live countdown to the New Year on the air. I’m actually surprised that even with technology to record your shift, rarely is there anyone “on the air” on a holiday anymore. It’s all just automation and music. (How is that any different than the streaming services out there?)

“On Air” lights: Oh the days of seeing the “on air” light go on and off above the studio door. The lights are still there usually, but most have been modified to say “Recording” instead of “On Air” because no one is live on the air anymore. Most studios are used to record everyone’s voicetracking. 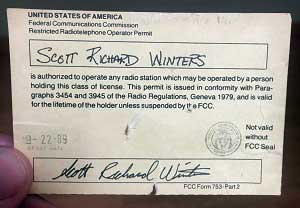 Broadcasting licenses: There was a time we all had to have at least a Third Class Broadcasting License. (I still have mine!) Getting a license was your key to hopefully getting an on-air position at a local radio station. No license is even needed anymore. Thanks to technology, no one takes meter readings from the transmitter any longer. It’s all done electronically. Remember having to check the tower lights and calling the FAA if there were a problem?

I could go on and on, but I think you get my point. I often wonder what would happen if a station started to broadcast with live personalities again, 24 hours a day, 7 days a week. Have those personalities show up at community events and parades. Hand out bumper stickers and t-shirts. Operate a radio station like in the past when they were locally owned (most of the staff was making decent money back then). I have a feeling that station would soar in the ratings. You would think with all the newer competition radio stations have, from things like satellite radio and streaming services, that radio stations would be doing MORE of these types of things to be different from the others, but instead they do nothing. What sets a local station apart from a satellite radio station or a streaming service?

Maybe someday — if I win the lottery — I’ll buy a local station and test out my theory. I certainly won’t ever be able to afford it working in radio!