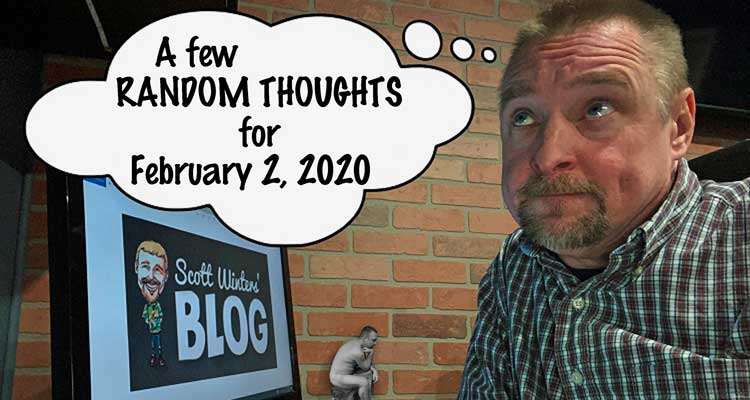 There’s quite a lot going this February 2nd. Here are my “Random Thoughts”…

WILL WE HAVE AN EARLY SPRING? 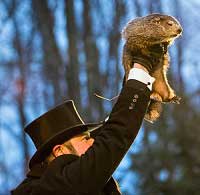 I woke up this morning about 5 am. I looked around and I DID NOT see my shadow. Does that count for anything?

Meanwhile, Punxsutawney Phil was yanked out of his burrow early this morning and hoisted into the air to see if he saw his shadow.

That means our groundhog friend is predicting an early spring. (Tomorrow please!)

At sunrise this morning in Punxsutawney, PA, members of Phil’s top hat-wearing inner circle revealed his prediction. It was his 134th prediction, so there have been a few different Phils over the years obviously. The annual event goes back to a German legend that says if a furry rodent casts a shadow on February 2nd winter continues. If not, spring will come early.

I’ll let you in on a secret,…Phil’s prediction is decided ahead of time by the group on a tiny hill just outside of Punsxutawney called Gobbler’s Knob. It is located about 65 miles northeast of Pittsburgh.

In reality, my meteorologist friends will all tell you that spring doesn’t officially arrive until Thursday, March 19th at 11:50 pm, which is 46 days away.

IT HASN’T HAPPENED IN 909 YEARS

Today, February 2nd, written out looks like 02/02/2020. It is exactly the same if you write in frontwards or backwards!

When something reads the same in both directions it is called a “palindrome”.

As a kid I had always wished I had been named “Otto”, so when people asked me to spell my name I could have said “O-T-T-O” and sometimes I would have spelled it forwards, and other times backwards…and no one would ever know!

Over the years, the Grand Rapids Police Department has used many different vehicles.

Ford’s Crown Victoria was the model used by a lot of police departments over the years.  Eight years ago, Ford stopped making the Crown Vic Police Car.

Just recently, the Grand Rapids Police Department retired the last Crown Victoria in their fleet. The GRPD played tribute to that car with a look back at some of the cars the department has used over the years, dating back to the mid 20s…

I remember quite a few of those models.

Enjoy your Sunday! If you are going to any Super Bowl parties this evening, remember the words of Rick Beckett: “Don’t Drink and Drive. Don’t Do It. Don’t Be an Idiot!”