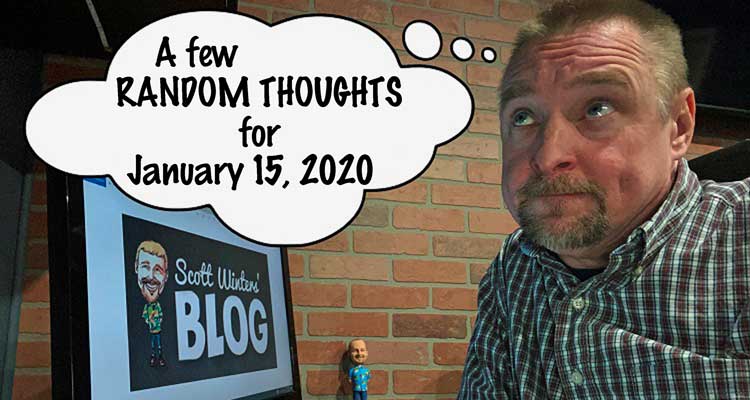 Yesterday it was announced that iHeart radio was doing some restructuring. They say it’s due to “moderniz(ing) the company to take advantage of the significant investments it has made in technology and artificial intelligence (AI) and its unique scale and leadership position in the audio marketplace.’ The move, according to a memo sent to employees, will result in ’employee dislocation,’ including layoffs.”

By the way, artificial intelligence probably means the type of radio you hear on your weather radio. The information is input into the computer, and a generic male or female voice reads it back. I’m thinking “All Siri, All Day” is in our future.

Many great radio professionals were let go — fired — on Tuesday, both locally and nationally.

Here in West Michigan I know of about a half dozen people, both full and part-time, who were shown the door including Dave Conrad from B-93 and WOOD TV’s Rick Albin who was released from his duties on the WOOD Radio morning show.

Days like this make me so sad. It puts another nail in the coffin of local radio. These shifts will now probably be filled with syndicated programs or they will be voice-tracked (a radio term meaning “pre-recorded”) by another person who is working for minimum wage in some far off city. This person will have no connection to the West Michigan area at all. Say good bye to anything local when it comes to radio on those stations.

If you read between the lines of the iHeart statement, it looks like eventually even those few real voices will probably be replaced by computer voices on thousands of radio stations across the country.

I heard the number of people let go yesterday was over 1,000. Many of those people are former co-workers and friends. You are all in my thoughts. It’s so sad to see an industry going in this direction when you have such a passion for your job and career — but unfornately the company you are working for does not.

I remember the days of my grandparents where if you worked at a company for a long time you were cherished and given a nice retirement package and maybe even a gold watch. Now days, they fire you before that time. The longer you have worked there and the more money you make — the bigger the target on your back when it comes time to start eliminating people.

You can read more about the iHeart restructuring here.

We have all had to do it!

The shower drain starts to run really slow. You know that down beneath the grate there is a mass of hair just growing in size. It eventually gets so big with the hair and soap build-up that it has to be removed.

It is gross enough for me removing what I know is MY hair. I can’t imagine removing the hair and scum from other people!

Gross, but so funny!

DOG PLACES 7th IN HALF MARATHON

There are conflicting reports about just where this story happened…either in Canada or in Arkansas, but it’s a great story regardless.

An adorable Bloodhound, named Ludivine, was let out to pee. She some how gets out from her fenced in area and wanders to the starting line of a half marathon.

The dog joins the runners in the race. She stops in several areas to sniff and explore, but she always managed to catch back up to the front of the pack.

The dog finished the half marathon in just over an hour and a half…good enough for 7th place!

Here is a video of Ludivine and her recent race…

I love walking around the stores looking at sales tags!

It’s amazing what is sometimes perceived as a “sale”, when In reality you really aren’t saving much.

I have an aunt that would buy anything situation on an end cap of the aisle at the grocery store because she was sure it was a great deal. They could have doubled the price, but it on display on the end cap, and my aunt would buy it thinking it was a great bargain! 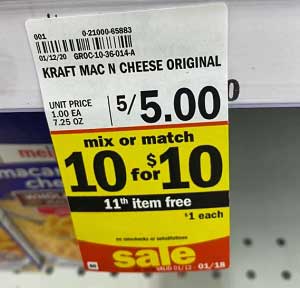 Oh by the way, do the math:

Here is my sister’s obituary…