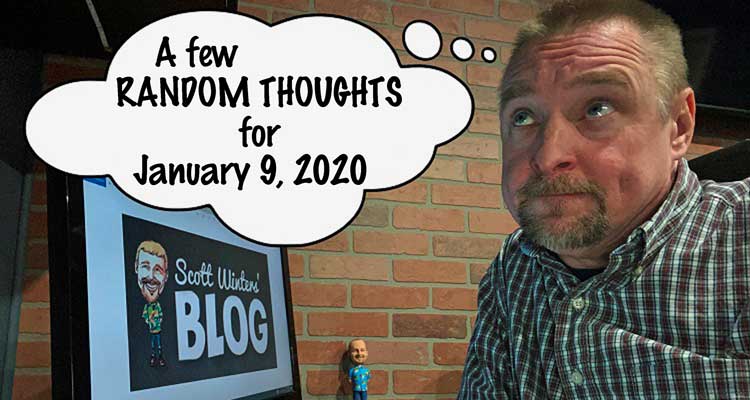 I hope the week is going by fairly quickly for you. Hard to believe it’s only Thursday! Hang in there… the weekend will get here eventually.

The weather this weekend could be a little nasty here in West Michigan.

According to the National Weather Service in Grand Rapids yesterday: “Weekend Forecast Update: A winter weather system is expected to wreak havoc this weekend, starting off as rain on Friday, transitioning to a wintry mix including freezing rain/sleet Saturday, then to mostly snow late Saturday into Sunday. Heavy rainfall may bring flooding mainly along and south of I-94, while the wintry mix looks to have the greatest impact on areas to the north. Stay tuned for more details as this forecast evolves!”

They have now issues a Winter Storm Watch for this weekend…

* IMPACTS…Power outages and tree damage are likely due to the ice. Travel could be nearly impossible.

If we do end up with nasty weather and power outages, you can keep an eye on the outages at the Consumers Energy Outage page.

While on the subject of weather…

Whenever I’m in the 98.7 WFGR studios, I always have a TV on just in case there is any breaking news. I usually rotate between the local channels. Last night I just so happened to be watching WOOD TV-8. In their 6 pm newscast they had some issue with their microphones and audio. Apparently the only mic that worked was meteorologist Ellen Bacca’s! So poor Ellen had to do about a 15 minute weather forecast…but she did it like a pro! I was very impressed that she was able to go that long without a problem. Way to go Ellen!

DEALING WITH ANIMALS ON LIVE TV

Most of the local TV stations have dogs and cats in their studio once a week to help out the Humane Society and the Animal Shelters to get these animals adopted into their “forever homes”.

Usually the hosts are sitting on a couch or standing behind the anchor desk with these animals that are brough into the studio.

At a television station in Canada, the meteorologist decided to interact with a pretty good sized dog that just wanted to play. Mike Sobel held it together pretty well while a sweet 18-month-old Mastiff mix, named Ripple, joined him on the set. Here is the video…

The best news out of this whole story is that Ripple was so funny on the air, that he was adopted the NEXT day! Good luck in your new home Ripple! I hope they have a stockpile of leashes for you to chew through.

Former Michigan State University football coach and board member George Perles has died at the age of 85.

Perles died peacefully in East Lansing with his family surrounding him. He announced he was battling Parkinson’s disease in 2017.

Perles originally came to Michigan State University as a player and later became  defensive line coach from 1959-1970. He then went on to coach the Pittsburgh Steelers from 1972-1982. Then is was a brief stint with the Philadelphia Stars, before returning to MSU as head coach from 1983-1994.

Read more about George Perles in this article by the Detroit Free Press.

Also yesterday, we found out that comedian Buck Henry has passed away at the age of 89.

Henry wrote “The Graduate”, “What’s Up, Doc?”, “To Die For” and TV’s “Get Smart”. He was also a two-time Oscar nominee who often appeared onscreen, most memorably as a 10-time host (all in the show’s first four years) on Saturday Night Live.

He died of a heart attack Wednesday at a Los Angeles hospital. He had suffered a stroke in November 2014.

Read more about Buck Henry in this article by The Hollywood Reporter.

MICHIGAN NAMED THE TOP TRAVEL DESTINATION IN THE WORLD FOR OUTDOOR ENTHUSIASTS!

We all know how great our state is, but now the world will know!

On Wednesday, TripSavvy named Michigan an “underappreciated outdoor playground” and the best place in the world for outdoor enthusiasts with the state’s 19 million acres of forest and 3,000 miles of shoreline state-wide.

The national travel site also included Michigan as one of 19 travel destinations in their “Where to Go in 2020: The Best Places to Travel This Year” list, which includes the top destinations for food, drink, families and more.

Read more about this honor on the Detroit Free Press website.

GRAB A SHEET OF PAPER…

Are you sitting at your desk at work bored? Well grab a sheet of paper. I have a challenge for you.

How many times can you fold a piece of paper and how thick can you get it.

I found a website that tells you approximately how thick the paper becomes with each fold. Surprisingly, it doesn’t take many folds to get a pretty thick folded mass of paper. For example, after just 20 folds, you paper would be as tall as the Statue of Liberty!

I can’t prove these facts, but I bet you are going to grab a piece of a paper and try. I know I did!

Here is the website that explains how tall your folded paper is with every fold.

Join me this afternoon on 98.7 WFGR. I’ll be giving away tickets to the Camper, Travel & RV Show. The show will be at DeVos Place convention center. It starts today and runs through Sunday.

We are one day closer to the weekend. Have a GREAT Thursday! I will talk to you this afternoon from 3-7 pm on 98.7 WFGR.