Are you ready for some “Random Thoughts”? I am!

According to the website put together by the Michigan Department of Health and Human Services, as of Monday afternoon at 3 pm there are 51,915 confirmed cases of COVID-19 in the state of Michigan. That number jumped up by 773 in 24 hours. 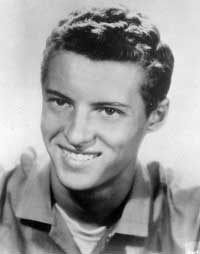 Actor Ken Osmond, who played Eddie Haskell on TV’s “Leave It to Beaver”, has died. He was 76.

What was supposed to be a one-episode guest spot turned into a series-spanning role, but Osmond’s on-screen image led to his being typecast. Even after “Beaver” went onto its second life in reruns, he found himself unable to land roles other than the wise-assed troublemaker.

Osmond left acting in 1970 and served 18 years with the Los Angeles Police. But the Beaver finally pulled him back to TV. He reprised Eddie in the “Still the Beaver” reunion film. He also played Eddie’s father in the 1997 “Leave It to Beaver” movie.

THEY ARE GIVING TV TALK SHOWS TO JUST ABOUT ANYONE…

Everytime you turn around they are giving someone else a television talk show.

The latest…Elmo is getting his own talk show, complete with lots of celebrity guests. Lil Nas X, Ciara and more will join the furry red Muppet and his crew. The Not-Too-Late Show With Elmo premieres on HBO Max next Wednesday, May 27th.

I think I need a TV talk show next! Would you watch?

Many people are excited about the new Ford Bronco. They are going to have to wait a little longer due to the coronavirus. The new Bronco will not be released this year because Ford is dealing with delays in production. They hope to have the trucks coming off the assembly line in 2021.

OK, WHAT SHOULD I DO? 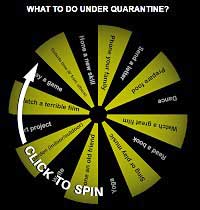 Stuck and home and just not quite sure what  you shoiuld do?

I always have a list, but just don’t know what I should do first. Decisions, decisions.

Let the “wheel” decide. Just spin the wheel and it will give you an answer. You can even modify the wheel to your liking.

In 1975, Elton John’s “Captain Fantastic and the Brown Dirt Cowboy” album was released in the United States. It was the first album to be certified a million-seller on its first day of release.

It was also the first album I purchased as a kid. I love that album!

Find out what else has happened on May 19th.