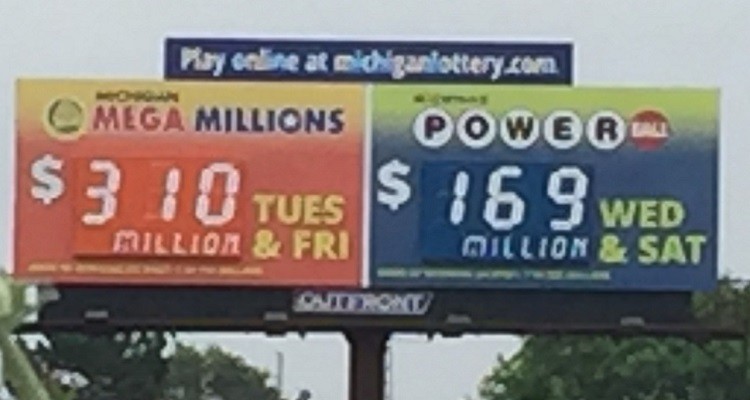 Do I Really Want to Win the Lottery?

I’m a self proclaimed lottery snob. The only time I buy a ticket is if the jackpot is over $100 million. Really? Apparently $99 million just wouldn’t be enough for me!

Every time I see a big jackpot I think of the Barenaked Ladies song “If I Had a Million Dollars”. Oh the things I could do, or buy, with money like that. It’s always fun to dream.

This Friday’s Mega Millions jackpot is at least $310 million. That’s almost a third of the way to a BILLION dollars! Think of how much fun it would be to win a jackpot like that…

I always wonder who would come out of the woodwork if I won a huge sum of money. How many “old friends” or “distant relatives” would hit you up to tell you their sob story. How many people would be showing up at your door for a hand out? How do you decide who to help out…and who to tell to “get lost”? Oh the questions that have to be answered.

If you look back at the luck of some former big jackpot winners, it hasn’t always turned out so great…

The first story I think of is Jack Whittaker. In 2002, Whittaker won a $315 million jackpot. Shortly after he won, I remember reading a story about him being robbed of $545,000 that was in his car, in a briefcase, while he was in a strip club. He also lost a daughter and granddaughter to drug overdoses. He blamed their deaths on the money. Within four years of winning…he was broke.

Then there’s the story about a Missouri woman named Sandra Hayes. She split a $224 million jackpot with a dozen co-workers back in 2006. During one interview she told the Associated Press how her friends and family became greedy after she won. She said, “these are people who you’ve loved deep down, and they’re turning into vampires trying to suck the life out of me.”.

And let us not forget Jeffrey Dampier. In 1996, he won just a mere $20 million in the lottery. He decided to be generous with his winnings. He treated family and friends to vacations and gifts. Well, that wasn’t enough for his sister-in-law and her boyfriend. They ended up kidnapping Dampier, and killing him in 2005.

The very first thing I would do, if I won a huge lottery jackpot, would be to consult an attorney and/or financial advisor that deals with large sums of money. Next, I would probably put up a fence around my home and hire security. Oh, and don’t even try to call or text me…my phone number would be changed immediately!

Hmmm, maybe all the headaches really aren’t worth the $310 million I might be winning?

If I don’t win, I guess I’ll just keep waiting for the next email telling me that someone overseas has millions of dollars they want to send me. I only have to give them my social security number and bank account numbers…what could be the harm in that?!