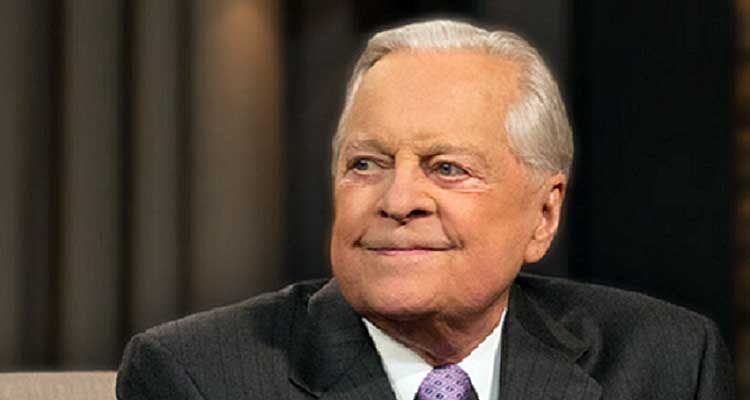 Film historian Robert Osborne, the host of “Turner Classic Movies”, passed away Monday morning, March 6, 2017, at the age of 84. Osborne died of natural causes in his sleep at home in New York City.

TCM’s general manager Jennifer Dorian released the following statement: “All of us at Turner Classic Movies are deeply saddened by the death of Robert Osborne. Robert was a beloved member of the Turner family for more than 23 years. He joined us as an expert on classic film and grew to be our cherished colleague and esteemed ambassador for TCM. Robert was embraced by devoted fans who saw him as a trusted expert and friend. His calming presence, gentlemanly style, encyclopedic knowledge of film history, fervent support for film preservation and highly personal interviewing style all combined to make him a truly world-class host. Robert’s contributions were fundamental in shaping TCM into what it is today and we owe him a debt of gratitude that can never be repaid. Our thoughts and prayers are with his family and friends at this time.”

Osborne lived in New York but went to TCM’s headquarters in Atlanta, GA to shoot his TCM appearances. TCM is the last U.S. movie network to regularly feature hosts who offer information about a film before it begins.

He had been the host on TCM since the cable channel began in 1994. Previously, Osborne hosted films on the Movie Channel from 1986-93.

Osborne’s early career found him working as an actor under contract to Lucille Ball and Desi Arnaz’s Desilu Studios. He made a few guest appearances on TV series including “The Beverly Hillbillies” and appeared onstage in the Ball-produced “The Desilu Revue”. Osborne joined the staff of the Hollywood Reporter in 1977 and wrote the column “Rambling Reporter” from 1982-2009. Osborne was the official greeter on the red carpet for the Academy Awards from 2006-10.

Osborne was born in Colfax, Wash., served two years in the Air Force as a lieutenant and graduated from the U. of Washington’s School of Journalism.

To read more about Robert Osborne, here is his Wikipedia page.