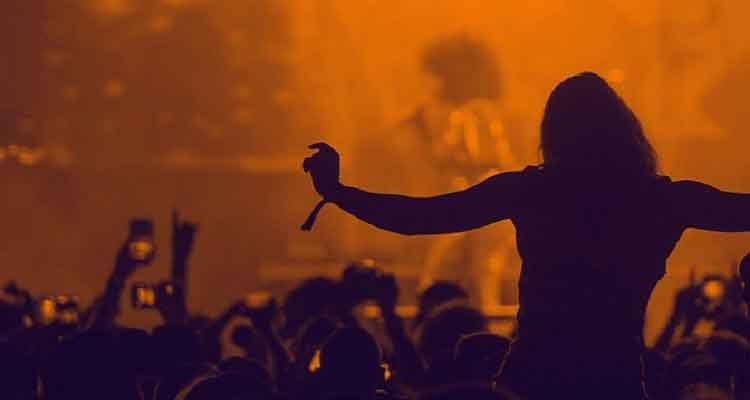 Over the last couple of weeks I’ve had the opportunity to see a couple of concerts. In almost 30 years of being in the radio business, I’ve seen my share of concerts, but I think there are more rude concertgoers now than ever before.

I’ve tried to figure out what has caused this change with the people in the audience. It used to be everyone was courteous towards the other people in attendance. It turned out to be a great experience for all, but I think the higher concert ticket price has created more of a “ME” attitude than ever before.

The Stand Up Drunk — This is the guy who has probably had a beer or two more than he should have. Usually he has a drunk wife or girlfriend with him. They decide they are going to stand up — when everyone else in their section remains seated while watching the concert. If the people sitting behind them politely ask them to sit down, the “Stand Up Drunk” becomes belligerent because “I paid a lot of money for my ticket. I’ll stand if I want to.” Even when the usher comes down to try to get them to sit, they argue up until just about the point of getting tossed from the concert. The rest of the evening is now ruined for everyone behind these clowns — as they continually make rude comments and gestures in order to try to make everyone as miserable as they are.

The Whistling Woman — This is the lady sitting directly behind me that at some point in her life learned to use two fingers to whistle at an incredibly piercing volume. After a few adult beverages, she feels the need to whistle about every 30 seconds throughout the entire concert…before, during, and after each song. I have never wanted a person to choke on their fingers as much as I did this woman (and I’m not normally a violent guy). After two days, the hearing in my left ear is just now getting back to normal.

The Chatty Cathy’s — At my most recent concert there were three teenage guys sitting directly in front of me. The band I was there to see rose to popularity before these kids were even born. I’m not sure how familiar these guys were with the music, but with the headlining band, they decided to talk to each other — non-stop — for most of the band’s set. I went to the concert to hear the band — not these clowns.

The Cellphone Concert Recorder — This is the person who decides they need to watch most of the concert on the screen of their phone as they are taking pictures or recording video . There was a lady in front of me who must have just bought her phone. She had no clue on what she was trying to do. She spent more time looking at her phone — pushing random buttons — than she actually did watching the concert with her own eyes. At one point she had flipped the camera over to the forward facing camera. It was a hoot watching her trying to figure out why she couldn’t see the band when she pointed her phone at the stage.

Apparently if you spend more than $25 on a concert ticket, you can pretty much do whatever you want , regardless if it’s going to bother the person sitting near you or not. Doesn’t anyone stop to think about the people sitting around them anymore? I’ve noticed the same rudeness happening at movie theaters. Why don’t these people just stay home. Or am I just getting too old and grouchy? Is the concept of going to a concert to watch and hear a band a thing of the past? I just feel so out of touch at times. I hope I never, ever, become one of the rude concertgoers.

Tags: In My Opinion, Rude Concertgoers