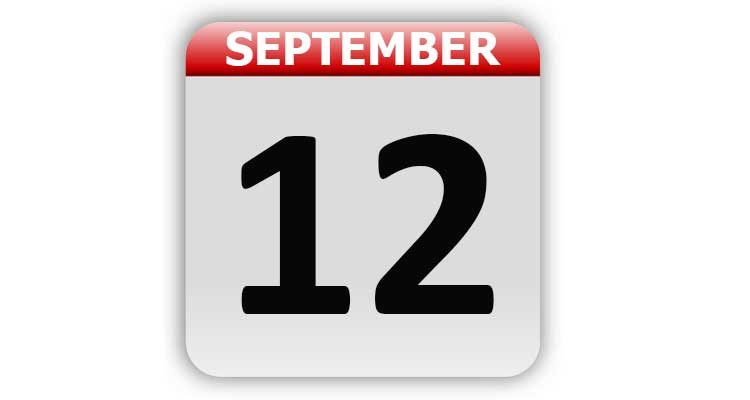 1873 – The first practical typewriter was sold to customers.

1922 – The Episcopal Church removed the word “obey” from the bride’s section of wedding vows.

1959 – The TV western series “Bonanza” debuted on NBC. It is the first regularly schedule TV program presented in color.

1966 – “The Monkees” TV show premiered on NBC. The musical sitcom’s opening episode, titled “Royal Flush,” featured the songs “Last Train to Clarksville,” “Take a Giant Step” and “This Just Doesn’t Seem to Be My Day.”

1970 – The cartoon “Josie and the Pussycats” debuted on CBS.

1981 – The Smurfs made their television debut.

1983 – Arnold Schwarzenegger became a U.S. citizen. He had emigrated from Austria 14 years prior.

1984 – Michael Jordan signed a seven-year contract to play basketball with the Chicago Bulls.

1991 – The Space Shuttle “Discovery” took off on a mission to deploy an observatory that was to study the Earth’s ozone layer.

1992 – Dr. Mae Carol Jemison became the first African-American woman in space. She was the payload specialist aboard the Space Shuttle “Endeavor” STS-47. It marked the 50th shuttle mission. Also on board were Mission Specialist N. Jan Davis and Air Force Lieutenant Colonel Mark C. Lee. They were the first married couple to fly together in space. And, Mamoru Mohri became the first Japanese person to fly into space on that same mission.

1994 – A single-engine Cessna 150 airplane crashed against the White House’s south lawn. It was flown by Frank Eugene Corder, who died in the crash.

Day of the Programmer

Tags: A Look Back, Celebrity Birthdays, Days of the Year, September 12, Today in History