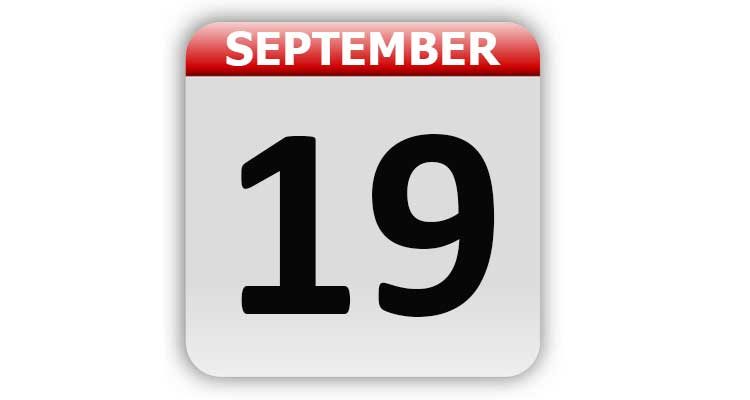 1796 – President George Washington’s farewell address was published across America as an open letter to the public.

1928 – Mickey Mouse made his screen debut in the film “Steamboat Willie”.

1965 – The television show “I Dream of Jeannie” premiered on NBC.

1982 – Scott Fahlman became the first person to use 🙂 and 🙁 on the Carnegie Mellon University Bulletin Board System.

1983 – The nightly, syndicated version of the TV game show “Wheel of Fortune” debuted.

1985 – Tipper Gore and other political wives form the Parents Music Resource Center as Frank Zappa and other musicians testified at U.S. Congressional hearings on obscenity in rock music.

1986 – U.S. health officials announced that AZT, though an experimental drug, would be made available to AIDS patients.

1995 – The Unabomber’s manifesto was published by The New York Times and Washington Post.

2007 – The TV show “Kitchen Nightmares”, with Gordon Ramsay, debuted on TV in the United States.

2010 – The leaking oil well in the Deepwater Horizon oil spill was sealed. It began on April 20th, 2010. The U.S. government estimated the total discharge at 4.9 million barrels of oil.

Tags: A Look Back, Celebrity Birthdays, Days of the Year, September 19, Today in History