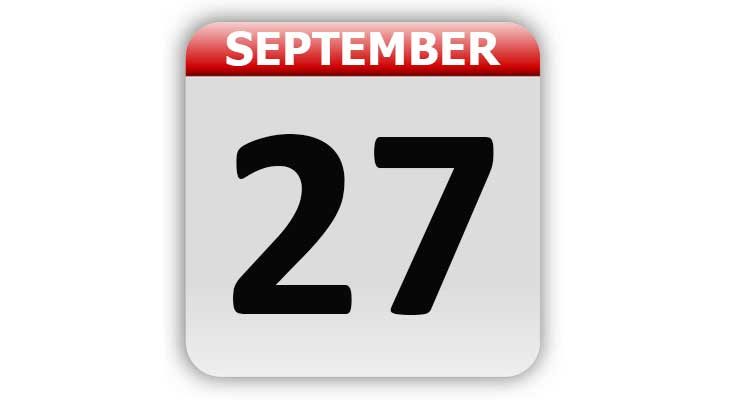 1908 – The first production of the Ford Model T automobile was built at the Piquette Plant in Detroit, MI.

1922 – The very first 3D movie was first shown at the Ambassador Hotel Theater in Los Angeles, CA. It was a silent movie called “The Power of Love”. The film was not a success in 3D and was only screened one additional time in New York, NY.

1950 – The answering machine was invented.

1954 – TV’s “Tonight” debuted on NBC with Steve Allen as its first host. It would later become “The Tonight Show”.

1970 – TV’s “The Original Amateur Hour” aired for the last time on CBS. It had been on television for 22 years.

1973 – Vice President Spiro Agnew said he would not resign after he pleaded “no contest” to a charge of tax evasion. He resigned on October 10th.

1979 – The Department of Education received final approval from Congress to became the 13th Cabinet in U.S. history.

1986 – The U.S. Senate approved federal tax code changes that were the most sweeping since World War II.

1989 – Two men went over the 176-foot-high Niagara Falls in a barrel. Jeffrey Petkovich and Peter Debernardi were the first to ever survive the Horseshoe Falls.

1991 – The Senate Judiciary Committee found itself deadlocked, 7-7, on the nomination of Clarence Thomas to the Supreme Court.

1995 – The Treasury Department unveiled a new $100 bill, with a larger, off-center portrait of Benjamin Franklin.

1997 – Communications were suddenly lost with the Mars Pathfinder space probe.

1998 – Mark McGwire, of the St. Louis Cardinals, set a major league baseball record when he hit his 70th home run of the season.

1999 – After Detroit beat the Kansas City Royals 8-2, Tiger Stadium was closed after 87 years. Read more about it here.

2004 – NBC made the announcement that Conan O’Brien would host “The Tonight Show” beginning in 2009, replacing Jay Leno.

National Crush a Can Day

Tags: A Look Back, Celebrity Birthdays, Days of the Year, September 27, Today in History