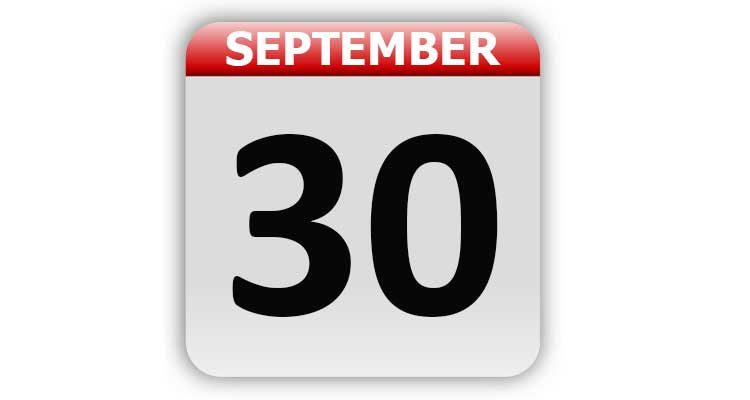 1907 – McKinley National Memorial, the final resting place of assassinated President William McKinley and his family, was dedicated in Canton, OH.

1927 – “Babe” Ruth became the first baseball player to hit 60 home runs in a season. The record stood until 1961 when Roger Maris broke the record.

1947 – The World Series, featuring the New York Yankees and the Brooklyn Dodgers, was televised for the first time. Sponsors paid only $65,000 for the entire series between the two teams.

1950 – The Grand Ole Opry was televised for the very first time.

1954 – The U.S. Navy commissioned the Nautilus submarine at Groton, CT. It was the first atomic-powered vessel. The submarine had been launched on January 21, 1954.

1960 – The cartoon “The Flintstones” became TV’s first prime-time animated series when it debuted on ABC.

1968 – The Boeing 747 was rolled out and shown to the public for the first time at the Boeing Everett Facility.

1976 – California enacted the Natural Death Act of California. The law was the first example of right-to-die legislation in the U.S.

1982 – The TV sitcom “Cheers”, starring Ted Danson, began an 11-year run on NBC. (Ratings in the first season were so low that it was almost cancelled.)

1984 – The “Doonesbury” comic strip by Garry Trudeau returned. The comic had not been printed in nearly 20 months.

1988 – John Lennon received a star on the Hollywood Walk of Fame.

1991 – TV’s “The Jerry Springer Show” debuted. New episodes were being produced until summer of 2018.

1991 – Liza Minnelli received a star on the Hollywood Walk of Fame.

1994 – The Space Shuttle Endeavor took off on an 11-day mission. Part of the mission was to use a radar instrument to map remote areas of the Earth.

2001 – Actress Sharon Stone was admitted to a San Francisco-area hospital for treatment of a brain aneurysm. She made a full recovery.

2014 – Amazon filed for a patent for a UAV (unmanned aerial vehicle) configured to deliver items to customers. The patent was related to Amazon’s plan for their Prime Air service to use drones for delivery.

Save the Koala Day

Tags: A Look Back, Celebrity Birthdays, Days of the Year, September 30, Today in History