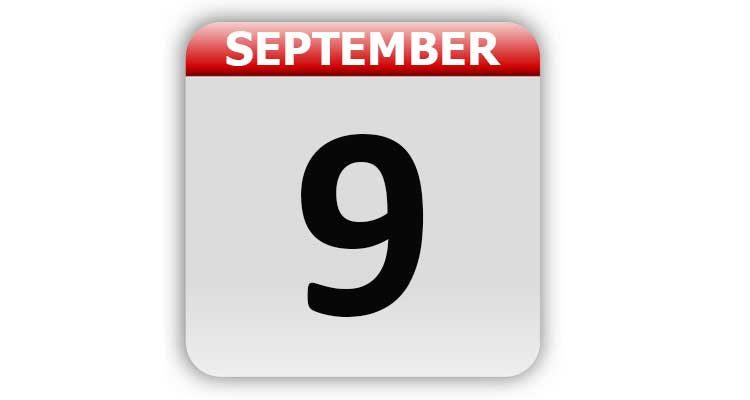 1791 – Washington, DC, the capital of the United States, was named after President George Washington.

1893 – President Grover Cleveland’s wife, Frances Cleveland, gave birth to a daughter, Esther. She became the first President’s child to be born in the White House.

1926 – NBC (The National Broadcasting Company) was created by the Radio Corporation of America (RCA).

1947 – The very first computer bug…a moth lodged in a relay of a Harvard Mark II computer at Harvard University.

1956 – Elvis Presley made his first appearance on the Ed Sullivan TV show “Toast of the Town.” He was shown from just the waist up during the performance. Elvis would make a total of three appearances on the show.

1957 – President Dwight Eisenhower signed the first civil rights bill to be passed by Congress since Reconstruction.

1965 – Hurricane Betsy made its second landfall near New Orleans, leaving 76 dead and $1.42 billion in damages. It became the first hurricane to cause over $1 billion in unadjusted damage.

1965 – The United States Department of Housing and Urban Development was established.

1966 – The National Traffic and Motor Vehicle Safety Act was signed into law by President Lyndon B. Johnson.

1971 – Gordie Howe, of the Detroit Red Wings, retired from the National Hockey League.

1972 – In Kentucky’s Mammoth Cave National Park, a Cave Research Foundation exploration discovered a link between the Mammonth and Flint Ridge cave systems, making it the longest known cave passageway in the world.

1986 – Ted Turner presented the first of his colorized films on TV’s WTBS.

1998 – Four tourists who had paid $32,500 each were taken in submarine to view the wreckage of the Titanic. The ship was 2-1/2 miles deep in the Atlantic off the coast of Newfoundland.

Stand Up to Cancer Day

Tags: A Look Back, Celebrity Birthdays, Days of the Year, September 9, Today in History