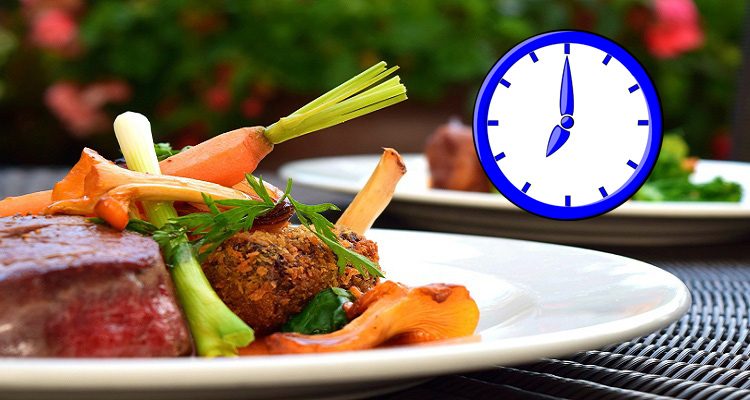 Remember the 1984 movie “Gremlins” where you weren’t suppose to feed the creatures after midnight? Well now a new study out of England says — as humans — we shouldn’t eat after 7 pm!

With the results of this study — I should be a dead man by now!

Researchers found that having dinner after 7 pm (or within two hours of bedtime) does more damage to your body than eating a high salt diet. (And you thought salt was bad for you!)

The study suggests that to reduce the risk of heart disease, you should eat a small dinner no later than 7 pm. (I rarely eat before 7 pm!)

This survey looked at more than 700 British adults with high blood pressure. Scientists wanted to see what difference diet and eating times made to a person’s health. Also examined were the types of foods that were chosen, the amount of salt consumed, and whether the person had eaten breakfast. The biggest finding was that eating dinner late had the most significant impact on overnight blood pressure.

Doctors are now saying that a person’s blood pressure is supposed to drop by at least 10% at night. This allows the body to rest. If the blood pressure remains high, it increases the risk of heart disease and heart attacks. Previous studies have also linked late night eating to a higher risk of obesity, and to insulin resistance — which can lead to diabetes.

So just what, and when, are we supposed to eat? Researches are saying we need to eat a healthy diet, eat a good breakfast and lunch, and limit our last meal of the day to a light meal…and to not consumer it AFTER 7 pm.

So, now we know that eating after 7 pm is bad for humans. I’m not sure when they will tell us to avoid sunlight and water altogether!

To read more on the study, here is the article from The Telegraph.