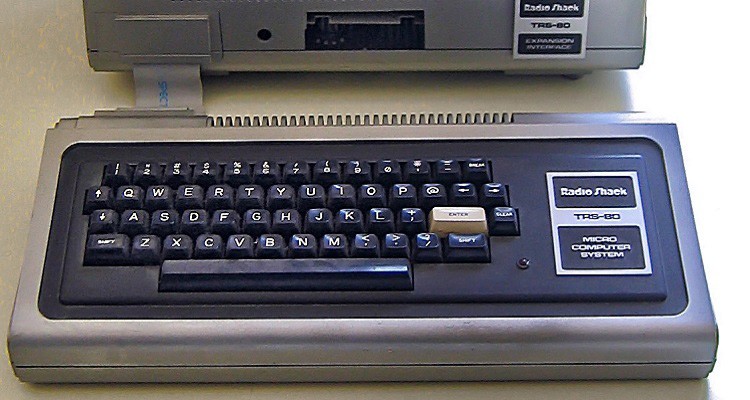 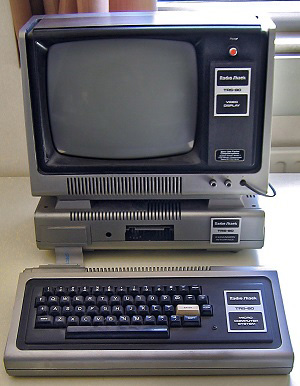 Do you remember your first home computer? On August 3rd, 1977, the Tandy Corporation introduced the world to the TRS-80. It was was on the world’s first mass produced personal computer.

Now days, just about every home has, or had, a home computer. We are to the point now where many families are even ditching the home computer and opting for tablets instead. I remember my Uncle Bob getting a TRS-80 back in the late 70’s. I remember going to see it and thinking how cool it was that someone had a home computer back then. To own a “home computer” was almost unheard of in those times.

Keep in mind, when I was in high school, at Union High School, back in the late 70s, there were not even very many computers in the building. I think there might have been ONE computer for use by students in a computer programming class. I didn’t know anyone, other than my uncle, who had a home computer at the time.

The biggest seller of the early 80’s was the Commodore 64. It is listed in the Guinness World Records as the highest-selling single computer model of all time. It is estimated that between 10 and 17 million units were sold. 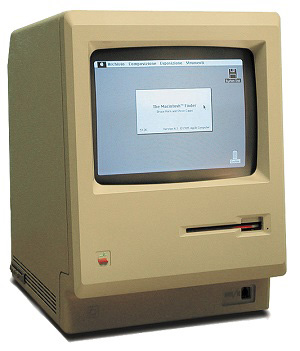 I bought my first computer from Montgomery Ward at North Kent Mall about 10 years later. It was either the late 80s or maybe even early 90’s when I went to “Monkey Wards” and purchased a Mac Performa. This device had a screen not much bigger than the screen on the smartphone I have now. It was just a black and white, or monocrhome, monitor — not color. It did not include a modem, but I remember buying a separate modem so that I could get “on line”. Oh how I hated listening to the modem scream and chatter at me when signing “on”.

The first computer service you could use was CompuServe. It was cool to be able to go into “Forums” and read what others were saying. AOL and Prodigy soon followed. I remember having to worry about how many hours you were online — because all of these services charged “by the hour”. If you were online too much, you could easily end up with close to a $100 bill for the month.

That Mac Performa served me well for what it could do. There were no downloading pictures (on a 4800 baud modem it would have taken forever anyway). It was basically a glorified word processor, but I do remember having a few cool programs that it could run.

In about the mid 90’s I started ordering computers from Dell. I needed a computer beefy enough to be able to handle the digital editing of sound files (for “Best Of” material to be archived for the “Q-Zoo” morning show.) To configure the computer with the hardware I needed, each computer would cost about $2,000-2,500. It seemed like I was ordering a new computer at that price every 4 or 5 years. Compared to the technology, speed and storage space of today’s computers — along with the prices — those old dinosaur computers sure were pricey.

I often think back about the days prior to having a computer. Back when you used to watch TV, listen to music, or (gasp!) leave your home to enjoy the outdoors and socialize “in person” with other human beings. Oh how things have changed in the last almost 40 years. You have to respect what computers have done for us, but they have also had a negative effect by taking away jobs and taking away our free time (if we let it). Just think about how many hours you have spent in front of your computer over the years. I don’t even want to try to guess how many hours that might be, but if you were to do the math, it would come out to days, weeks, months, maybe even years, of our time that we have spent sitting in front of a computer screen.

OK, that being said, it’s time for me to turn off the computer and go admire the outdoors. Go listen to the birds chirping, the wind blowing, feeling the warm sun on your skin. You still can’t get those things from your computer. Thank goodness!

What was your first home computer? Leave a reply below and let’s compare notes!