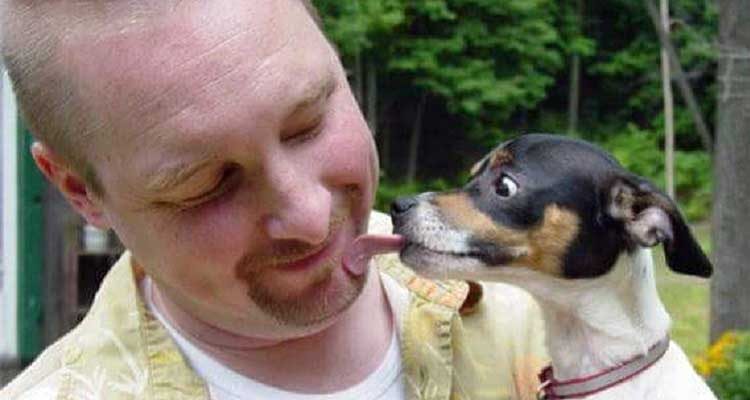 I Have Two Teenagers in my House!

Here is a phrase I never thought I’d be saying…”I have two teenagers in my house”!

Today is my (b)rat terrier Moose’s 13th birthday. He was born on December 23rd, 2004. That means he is now 13 years old! My other dog, Scooby, is 15 years old…so that means two teenagers under my roof. I am so amazed and grateful that I can make that statement. I love my dogs!

At least with my furry family members I don’t have to worry about buying them a car or sending them off to college. It’s just hard to believe that they both are that old. It’s just further proof that when you decide to adopt a furry friend into your family…it is a long term commitment. They could be with you a long time!

My dogs have been my best friends and travel partners for many years. Sure, they both have their quirks. Scooby (on more than on occasion) stood up in the back of the car for the entire 8 hour drive to St. Louis, MO.  She didn’t feel like laying down and there was nothing I was going to do that could convince her. Instead she would just stand behind my seat and breathe down the back of my neck — for 500 miles! With her advanced age she has to go outside about every 2-3 hours (even overnight…or at least she thinks so!). That means I sleep in about three 90-minutes blocks of time — if I’m lucky. She is also very independent and aloof at times. If she wants attention, she’ll come to you. If you go to her so show her some attention…she has no problem getting up and walking away from you. Her memory and brain function aren’t quite what they should be, but at 15 years old — that’s 105 in dog years! She forgets sometimes where her food bowl is, or where the door is to come back inside. But, she never seems to forget where the treats are stored. Hmmm!

Moose is the dog I never thought I’d have. I always had big dogs…and Old English Sheepdog and two Newfoundlands — all weighing in at about 125 pounds each. Scooby, at 65 pounds, was what I thought was going to be my “smallest” dog. Until I met Moose.

He was about a month old when I first saw him. I fell in love with him immediately. The breeder had given him the name “Timmy” but that name did not fit. Here was a little dog with a BIG attitude…the name Moose was so much more fitting. He has been by my side through thick and thin. Whenever I’m sick, he’s right there by my side to try to nurse me back to health. He sleeps in the bed at night. (I actually think he believes it’s HIS bed and I’m just allowed to sleep with him). And when he sleeps in the bed he wants to be sandwiched between the comforter and the top sheet. Don’t try to put him anywhere else, because he’ll be right back out and trying to tunnel under the correct layer. And no matter where I go, even into the bathroom, he’ll be there! He’s my little 13 year old shadow…Moose.