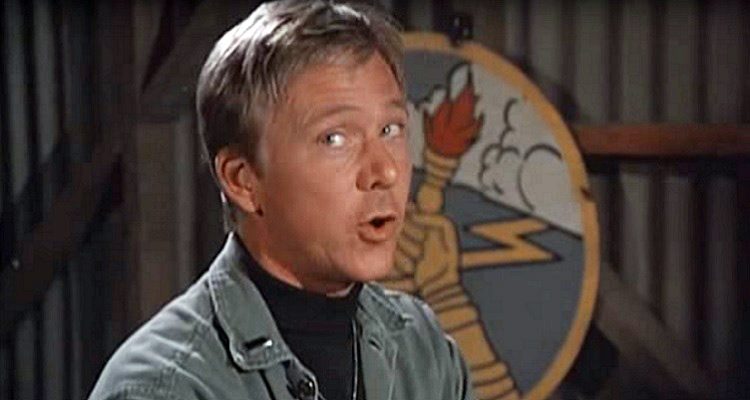 The actor died at 5:10 am Saturday at his home in Pasadena, CA. He was with his wife Barbara when he passed peacefully and without pain

Christopher was diagnosed with lung cancer more than a year ago and had been in hospice since the beginning of the week. His son, John Christopher, said that his father was doing great until two or three weeks ago when his health started to decline.

Christopher had guest roles on many television shows in the 1960’s including “The Andy Griffith Show”, “The Patty Duke Show”, and “The Men from Shiloh”. He also had recurring roles on “Gomer Pyle, U.S.M.C.” as Private Lester Hummel, “That Girl”, and “Hogan’s Heroes”.

Christopher is best known for the role of Lt. Father Francis John Patrick Mulcahy on “M*A*S*H” — the 1970s TV show set during the Korean War. The series that ran for 11 seasons from 1972 until its high-rated finale in February 1983. Even though he played a Catholic priest, in real life Christopher was a Methodist, according to the Internet Movie Database.

After his success with “M*A*S*H”, he had many other parts in TV and film. He voiced Angel Smurf on “The Smurfs” TV series, appeared in “Murder, She Wrote” and “The Love Boat”, was a priest in 1994’s “Heaven Sent,” and portrayed Father Tobias on the daytime soap, “Days of Our Lives”, among many others.

Christopher, whose son, Ned, is autistic, was an advocate for people with autism, devoting time to the National Autistic Society and recording public service announcements.

He is survived by his wife, Barbara, and his two sons John and Ned.

To read more about William Christopher, here is his Wikipedia page.