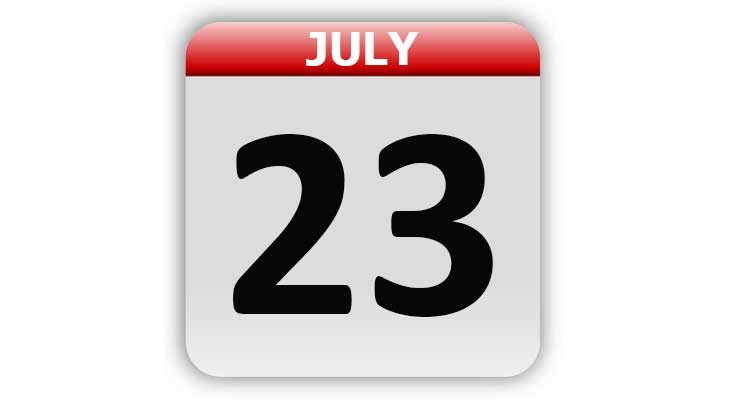 1715 – The first lighthouse in America was authorized for construction at Little Brewster Island, MA.

1827 – The first swimming school in the United States opened in Boston, MA.

1829 – The first typewriter, called a typographer, was patented by William Austin Burt.

1926 – Fox Films purchased the patents of the Movietone sound system for recording sound onto film.

1938 – In Utah, the first federal game preserve was approved by the U.S. Fish and Wildlife Service.

1958 – Dutch Village in Holland, MI opened for the first time. On their first day they had a total of two customers and made $12.73.

1982 – The movie “The World According to Garp”, starring Robin Williams, premiered in theaters.

1982 – The International Whaling Commission decided to end commercial whaling by 1985-86.

1984 – Vanessa Williams became the first Miss America to resign when she surrendered her crown after nude pictures of her appeared in “Penthouse” magazine.

1995 – The comet Hale-Bopp was discovered. It became visible to the naked eye on Earth nearly a year later.

2015 – NASA announced the discovery of Kepler-452b (a planet sometimes quoted to be an “Earth 2.0” or “Earth’s Cousin”) by the Kepler space telescope.

National Day of the Cowboy

Tags: A Look Back, Celebrity Birthdays, Days of the Year, July 23, Today in History