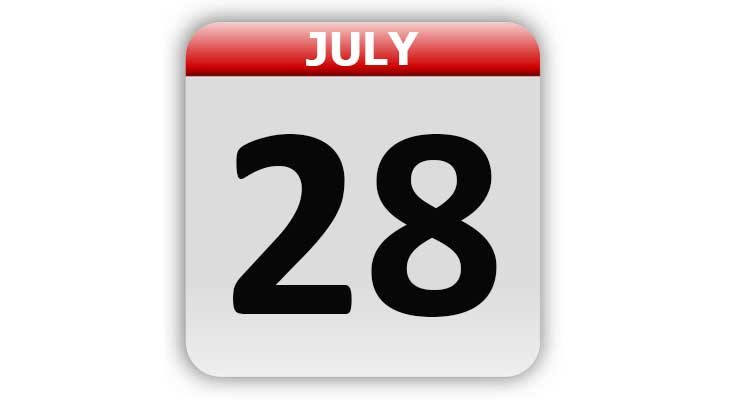 1866 – The metric system was legalized by the United States Congress for the standardization of weights and measures throughout the U.S.

1868 – The Fourteenth Amendment to the Constitution was declared in effect. The Amendment guaranteed African American citizenship and due process of law.

1939 – Judy Garland recorded the song “Over the Rainbow.”

1941 – The United States House of Representatives approved plans for the Pentagon.

1945 – A U.S. Army bomber crashed into the 79th floor of New York City’s Empire State Building. 14 people were killed and 26 were injured.

1951 – The Walt Disney film “Alice in Wonderland” was released.

1995 – The movie “Waterworld” premiered in theaters.

1996 – The remains of a prehistoric man were discovered near Kennewick, WA.

1998 – Monica Lewinsky received blanket immunity from prosecution to testify before a grand jury about her relationship with President Bill Clinton.

2000 – Kathie Lee Gifford made her final appearance as co-host of the ABC talk show “Live with Regis and Kathie Lee.”

2002 – After spending 77 hours in a dark and flooded shaft 240 feet below ground, nine mine workers in Pennsylvania emerged in good health.

Tags: A Look Back, Celebrity Birthdays, Days of the Year, July 28, Today in History