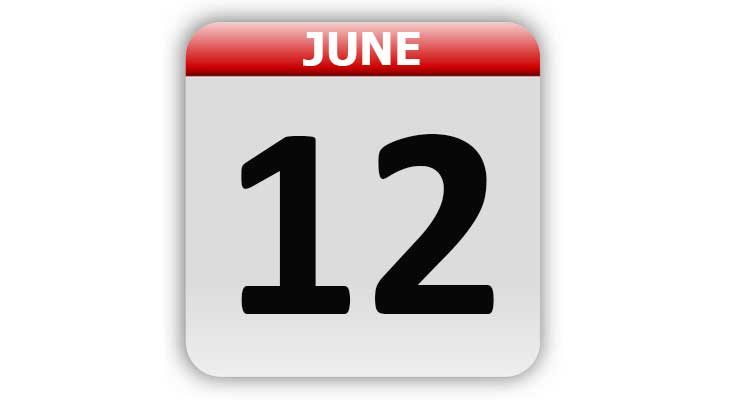 1838 – The Iowa Territory was organized.

1839 – According to legend, Abner Doubleday created the game of baseball on this date.

1904 – The steamer Helen C. Lamoore made its first trip down the Grand River. It ran during the summer of 1904, making 3 round trips per week from Grand Rapids, MI to Grand Haven, MI at a passenger rate of 50 cents per person.

1923 – Harry Houdini, while suspended upside down 40 feet above the ground in New York, NY, escaped from a strait jacket.

1931 – Chicago, IL gangster Al Capone, and 68 of his henchmen, were indicted for violating Prohibition Laws restricting the manufacture, sale and distribution of alcohol.

1939 – The National Baseball Hall of Fame and Museum was dedicated in Cooperstown, NY, 100 years after Abner Doubleday invented the game.

1967 – State laws which prohibited interracial marriages were ruled unconstitutional by the Supreme Court.

1972 – The fast food restaurant chain Popeyes was founded in Arabi, LA. It was originally called “Chicken on the Run”.

1978 – David Berkowitz, New York’s “Son of Sam” killer, was sentenced to 25 years to life in prison for each murder, to be served consecutively.

1985 – The U.S. House of Representatives approved $27 million in aid to the Nicaraguan contras.

1987 – The movie “Predator”, starring Arnold Schwarzenegger, was released in theaters.

1991 – The Chicago Bulls won their first NBA championship. The Bulls beat the Los Angeles Lakers four games to one.

1994 – Nicole Brown Simpson and Ronald Goldman were murdered outside her home in Los Angeles, CA. Her estranged husband, OJ Simpson, was tried and acquitted for the killings, but he was held liable for their deaths in a civil suit.

1995 – Grand Rapids, MI became the “home office” of “The Late Show with David Letterman”. Dave made the change after a man from Grand Rapids called him while he was a guest on “Larry King”.

1996 – In Philadelphia, PA, a panel of federal judges blocked a law against indecency on the internet. The panel said that the 1996 Communications Decency Act would infringe upon the free speech rights of adults.

1997 – Interleague play began in baseball, ending a 126-year tradition of separating the major leagues until the World Series. The Giants beat the Rangers 4-3.

1997 – The U.S. Treasury Department unveiled a new $50 bill meant to be more counterfeit-resistant.

2006 – Super Bowl winning Pittsburgh Steelers quarterback Ben Roethlisberger suffered a serious head injury when the motorcycle he was riding collided with a car in Pittsburgh.

2009 – In the U.S., the switch from analog TV transmission to digital was completed.

2009 – In the NHL, the Pittsburgh Penguins beat the Detroit Red Wings in game seven to take the Stanley Cup.

2015 – In Gothenburg, Sweden, Dave Grohl, of the Foo Fighters, fell off the stage and broke his leg. He had his leg set backstage and returned to perform more songs.

2019 – In the NHL, the St. Louis Blues won their first Stanley Cup since entering the league in 1967, defeating the Boston Bruins in game seven of the finals, 4-1.

2020 – Ontonagon County was the only place in Michigan with zero COVID-19 cases.

Tags: A Look Back, Celebrity Birthdays, Days of the Year, June 12, Today in History