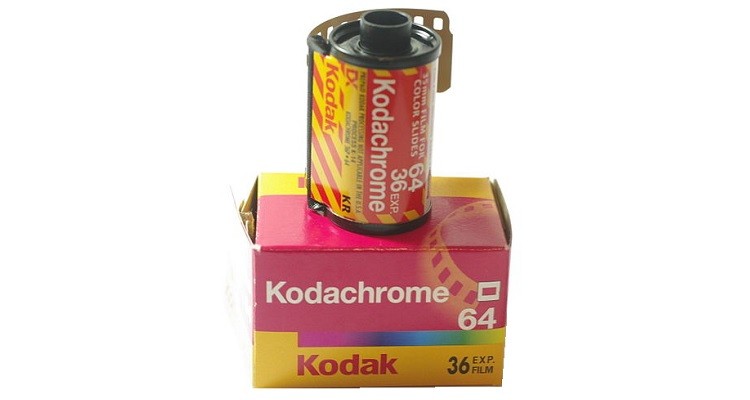 Back in 2009, it really was an eye opener to the photography world that digital was finally taking over. Once a huge seller for Kodak, on June 22nd, 2009, the company discontinued their Kodachrome color film. With everyone getting digital cameras, it just wasn’t profitable for the company to produce this product any longer. During its heyday, many Kodak and independent laboratories processed Kodachrome, but by 2010, surprisingly only one Kodak-certified facility remained. A placed called Dwayne’s Photo in Parsons, Kansas.

As a kid I remember getting my first “Instamatic” camera (it was a knockoff — I’m not even sure it was made by Kodak). I was probably 6 or 7 at the time. Load that thing with film and I’d take pictures of just about anything. I never was a good photographer. I always seemed to have a finger covering part of the lens.

I jumped into the digital world when I purchased a digital camera in 1999. I paid almost $1,000 for that thing! By today’s standards for digital cameras it was really lacking. I think it was only a 1.3 megapixel camera. Most smartphones have much better cameras than that. (Anything with that low of resolution they sell at the dollar stores now days!) That camera served me well. It took many pictures of trips out to Yellowstone and other vacation locations. I ended up handing it off to a friend about 5 years ago. I’m not sure if he even has it anymore.

Every now and then, while I’m on the air at 98.7 WFGR, I’ll play the Paul Simon song, “Kodachrome”. I always wonder how many people even know that the song title was a name of a brand of film?! There are probably many under the age of 30 or so that have never heard of Kodachrome. They probably never heard of a typewriter, an 8 track player, or a Sony discman either! I had all of those things! They all played a part in my history…but are all long gone now. I guess we can’t hang on to all of those things forever. Hopefully we have those memories deeply embedded in our brain…or maybe on a photo that was shot on Kodachrome film!

To read more on the history of Kodachrome, here is the Kodachrome Wikipedia webpage.

One more fun fact: There is only one park named after a brand of film. That park is the Kodachrome Basin State Park in Utah. (That will end up as a “Jeopardy” question if it hasn’t already!)

Below is the Paul Simon song “Kodachrome”

And here is a version performed by The Muppets!

Click here to find out what else has happened on June 22nd.