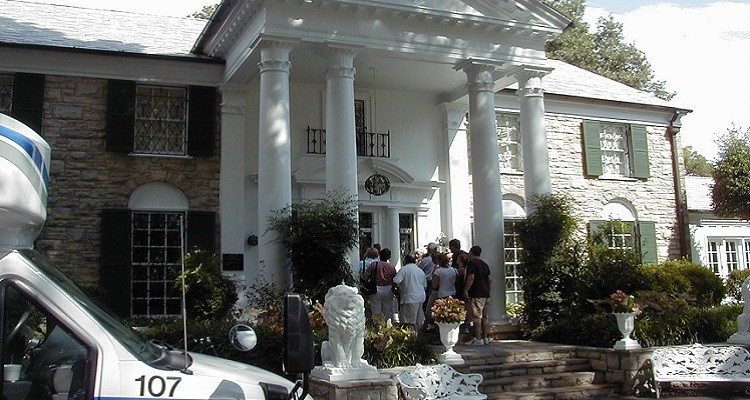 It was on June 7th, back in 1982 that Elvis Presley’s mansion, Graceland, was opened to the public.

In 1982, his then ex-wife Priscilla Presley, opened the estate to the public for tours. Not all the rooms are accessible. The bathroom where Elvis died and the bedrooms on the second level are still off limits to the public. Elvis is buried in the backyard (along with his mother and other relatives).

I visited Graceland back in September of 2007. It’s very cool to see, but it didn’t quite live up to what I thought a celebrity’s estate should look like. It’s actually a very modest sized home compared to homes that people reside in now days.