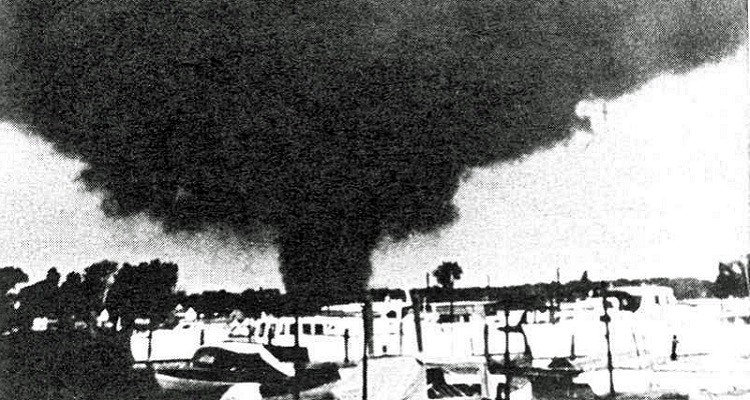 I have always been amazed by weather. I should have probably followed that interest and became a meteorologist where I could have lived and breathed weather every day (much like TV-8’s Bill Steffen does).

We’ve had a handful of powerful tornadoes roll through the west Michigan area, but on June 8th back in 1953, it was an F5 tornado that tore through Beecher, MI.

The town of Beecher is located just north of Flint. It sits along I-475 in Genesee County. The small town covers about 6 square miles.

It was about 8:30 pm on a Monday night, back in 1953, when the tornado hit. Remember, back then there really was no warning system except for “eyes to the sky” and to listen for the sound of a “locomotive” to warn you there was a tornado knocking at your doorstep.

The tornado had a track of destruction that was a half mile in width. The tornado demolished 340 houses, killed 116 people, and injured 844. The twister basically wiped out the town. The tornado stayed on the ground for 27 miles. This tornado was ranked at the 9th deadliest tornado in U.S. history. In 2011, this tornado was knocked down to the 10th position after a tornado that tore through Joplin, Missouri. The Beecher tornado was the last single tornado to cause over 100 deaths in the U.S.

Here is more information on the Beecher Tornado from Wikipedia.

It’s amazing how with some warning, we can save lives and injuries during storms like this. I strongly suggest a weather radio for your home and office. These devices can be found for under $50 and can be programmed for the areas near where you live. As storms approach, the National Weather Service will send out alerts that will set the warning off on the radio.

I also strongly suggest weather apps for your smartphone. Most of the apps can also warn you of storms in your area. Local TV stations have weather apps that you can download. There are several others available too. (Don’t laugh, I have no less than 8 weather apps on my phone).